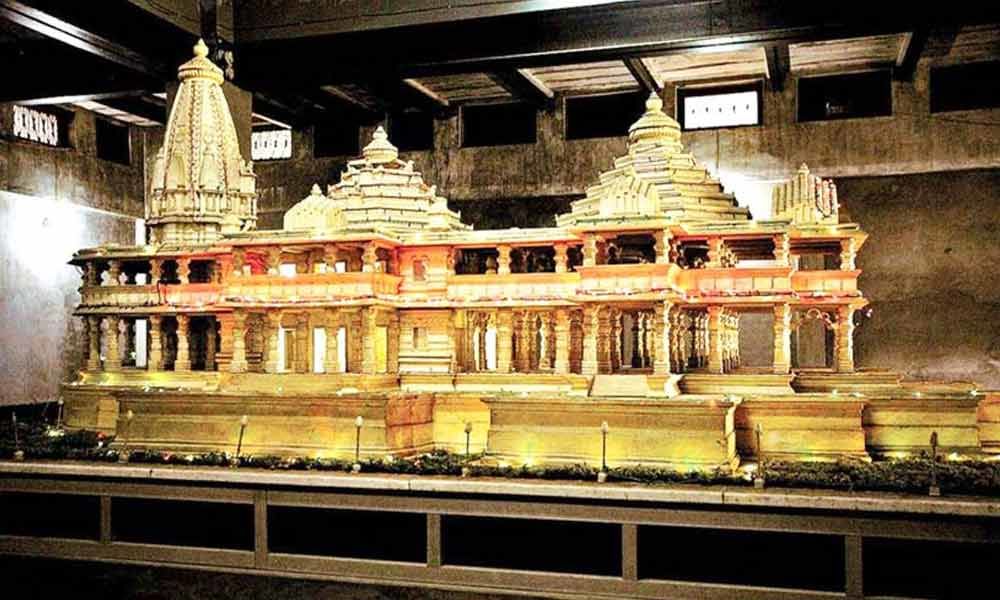 Hours after the first meeting of the Shri Ram Janmabhoomi Teerth Kshetra Trust in Delhi to work out modalities of temple construction, the Digambar...

Ayodhya: Hours after the first meeting of the Shri Ram Janmabhoomi Teerth Kshetra Trust in Delhi to work out modalities of temple construction, the Digambar Akhara has objected to the exclusion of Yogi Adityanath from the trust.

Yogi Adityanath, apart from being the Uttar Pradesh Chief Minister, is also the head of the Goraksh Peeth in Gorakhpur and previous heads of this Peeth -- Mahant Digvijaynath and Mahant Avaidyanath -- have played crucial roles in the Ayodhya movement.

The Digambar Akhara Chief Mahant Suresh Das that the Nath sect (to which the Goraksh Peeth belongs) had made immense contribution in the temple movement and deserved to have a representation in the temple trust.

"It is unfortunate that this aspect has been completely ignored and Yogi Adityanath has been kept out of the trust.

In not so many words, Mahant Suresh Das also expressed his disappointment at the fact that the Digambar Akhara had not been given a seat in the trust.

Mahant Dharamdas of the Hanuman Garhi temple has also expressed his resentment on the issue. The Mahant had even gone to Delhi to attend the trust meeting but was not allowed to do so.

Though the Mahant refused to comment on the issue, one of his aides said that the Mahant of Hanuman Garhi should be appointed the priest of the proposed temple.

"We may even exercise legal options if our demand is not accepted," said an aide.

It is noteworthy that on Wednesday, Hindu Mahasabha Chief Swami Chakrapani had also objected to the present formation of the trust and had said that he was 'hurt'.

Chakrapani said that the Hindu Mahasabha had been fighting for the temple since 1949 but they were sidelined in the formation of the trust where Vishwa Hindu Parishad (VHP) and Rashtriya Swayamsewak Sangh have occupied the centre stage.

Meanwhile, in its first meeting on Wednesday evening, the Shri Ram Janmabhoomi Teerth Kshetra Trust elected Mahant Nritya Gopal Das as its head while senior VHP leader Champat Rai was made the general secretary of the trust.