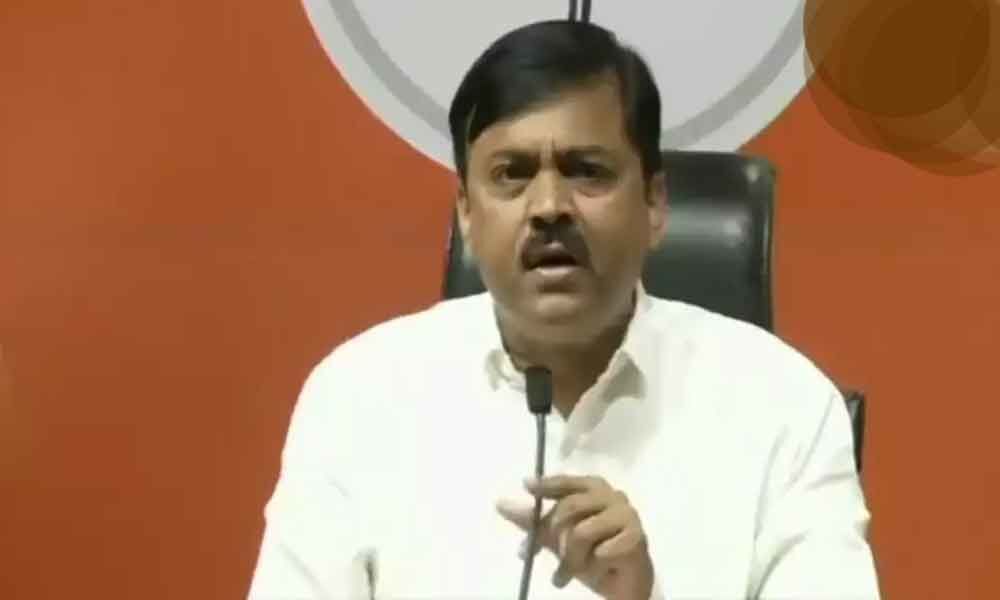 People of UP have completely rejected this alliance and gave it a result that leads to its collapse, BJP spokesperson Rao said.

New Delhi: After Mayawati announced her decision to contest the upcoming Uttar Pradesh Assembly by-polls alone, the BJP on Tuesday said that the "unprincipled" SP-BSP coalition in Uttar Pradesh was bound to collapse as it has been rejected by people.

"SP-BSP is an unprincipled alliance. People of Uttar Pradesh have completely rejected this alliance and gave it a result that leads to its collapse," BJP spokesperson G V L Narasimha Rao told ANI here.

Calling Mayawati's decision to go solo in the by-elections "predictable", Rao said, "This announcement is something we had predicted months ago. PM Modi in his rallies had said that this is an alliance of convenience. This is a self-centred alliance."

BSP chief Mayawati had said that her ally Samajwadi Party's vote base did not support the coalition in the Lok Sabha elections and announced her decision fight the by-elections for 11 Assembly seats in Uttar Pradesh alone.

She, however, said that it was not a "permanent break" from her alliance with Akhilesh Yadav-led party.

Talking to ANI on Tuesday, Mayawati said, "It is not a permanent break. If we feel in future that SP Chief succeeds in his political work, we'll again work together. But if he doesn't succeed, it will be good for us to work separately. So we've decided to fight the by-elections alone."

"We can't ignore political compulsions. In the results of Lok Sabha elections in UP, base vote of Samajwadi Party, the Yadav community, didn't support the party. Even strong contenders of SP were defeated," the former UP chief minister said.

The BSP and SP dumped their decades-old animosity to form a coalition in the politically crucial Uttar Pradesh just before the Lok Sabha elections. The BSP had contested on 38 and SP fought on 37 while RLD, a junior ally, contested on three parliamentary constituencies in the state.

While BSP and SP bagged 10 and 5 seats, respectively, RLD drew a blank.