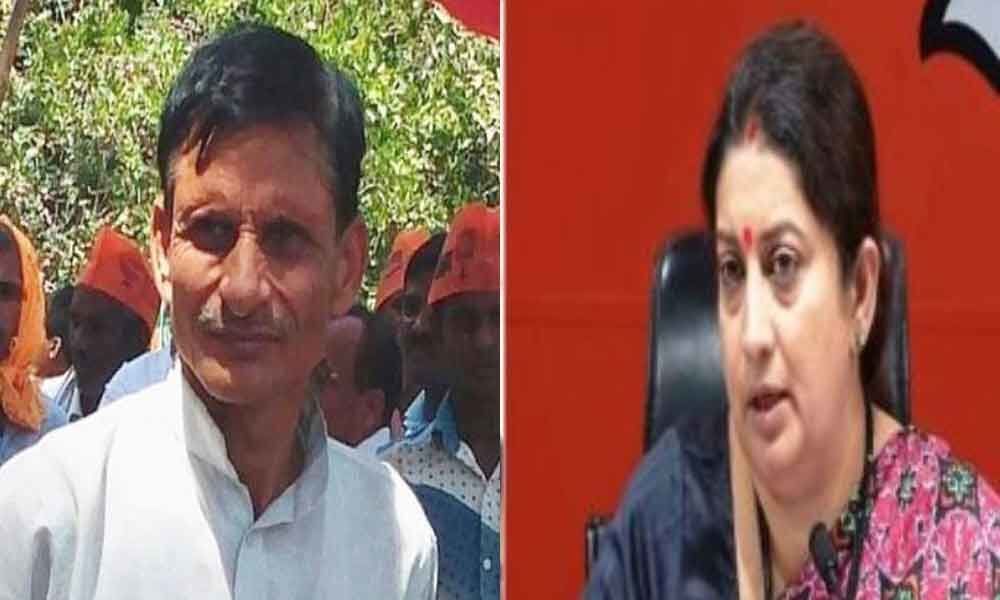 Singh was shot by unidentified assailants when he was sleeping in the verandah of his house in Amethi at around 3 am on Sunday.

Amethi: Suspects have been detained in connection with the murder of BJP leader Smriti Irani's associate and former village head Surendra Singh in Amethi district of Uttar Pradesh, police said on Sunday.

"We have detained some suspects in the case. We are getting more information and are acting on it," Amethi's Superintendent of Police Rajesh Kumar told reporters.

The police are looking into all aspects of the killing, including political rivalry.

"Since he had been a village chief, it seems to be a fallout of an old rivalry. We are not ruling out a political rivalry and are looking into all aspects of the case," the police said.

Singh was shot by unidentified assailants when he was sleeping in the verandah of his house in Baraulia village of Amethi at around 3 am on Sunday.

He was rushed to a trauma centre in Lucknow where he breathed his last.

Singh is said to be a close aide of BJP's Smriti Irani who defeated Rahul Gandhi from Amethi which was till now considered a Nehru-Gandhi bastion.

One of the deceased's cousins said, "He had distributed sweets and carried out a procession the day before yesterday (after Smriti Irani was declared a winner from Amethi Lok Sabha seat)."

"The murder could have resulted out of an old dispute involving the village politics. This could also be a fallout of a political dispute. Smriti Irani was contesting against Rahul Gandhi here and we have been BJP supporters," a relative, who was in Lucknow to receive Singh's body, said.

Another relative, Chandrapal Singh, said, "This is a political murder. This is a fallout of political rivalries relating to his tenure as village head and the recently concluded Lok Sabha elections."

Senior BJP leader Rita Bahuguna Joshi, who won from the Allahabad Lok Sabha seat, termed the killing "unacceptable". "Such an in a democracy is completely unacceptable, there is no place for such things. The perpetrators will be punished," she told ANI.

Police have been deployed in the village to deal with the possibility of untoward incident.