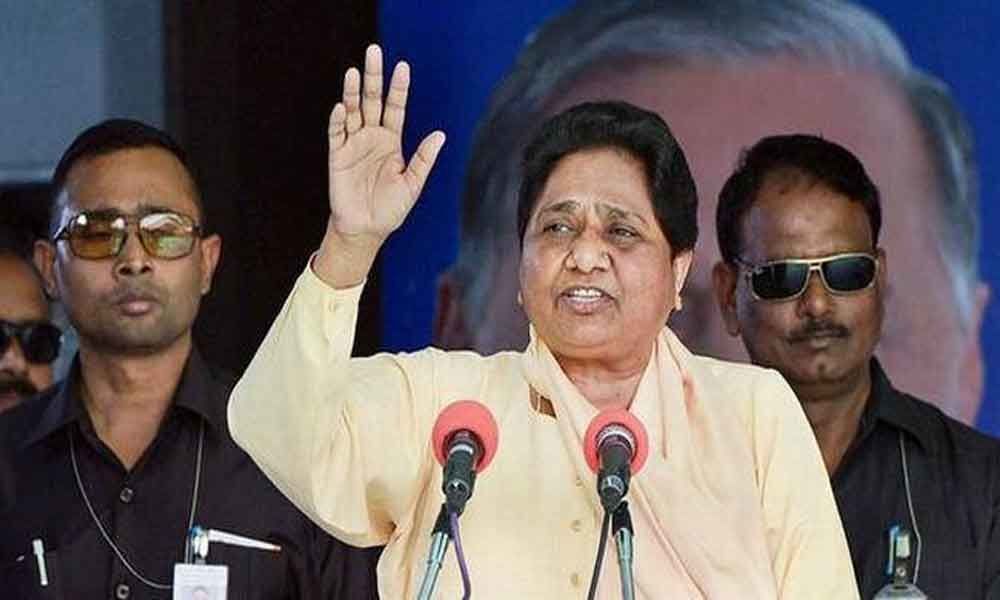 The Election Commission has issued a show-cause notice to her.

Lucknow: BSP president Mayawati on Monday asked why the Election Commission was not cancelling the nomination of Pragya Singh Thakur, the Bharatiya Janata Party (BJP) candidate from Bhopal, despite the "BJP ratna" issuing controversial statements.

"Malegaon blast case accused and BJP candidate from Bhopal Sadhvi Pragya is claiming that she is contesting a 'dharm yuddh'. This is the real face of BJP/RSS which is being exposed continuously. But why is the Commission only issuing notices and not cancelling the nomination of BJP ratna (gem) Pragya?" Mayawati tweeted.

"If the Election Commission is not able to work in an impartial manner to the satisfaction of people despite severe criticism in the media, it is an issue of grave concern for democracy and no one else but BJP and PM Modi, who are surrounded by serious electoral allegations."

Thakur is out on bail in the Malegaon blast case of 2008. She is under fire for saying that Hemant Karkare died during the 26/11 terror attacks because she had cursed him for "torturing" her in custody when he probed the Malegaon blast as Maharashtra Anti-Terrorism Squad chief.

The BJP candidate from Bhopal retracted the statement after it drew severe criticism. Six people were killed and over 100 injured when an explosive device strapped on a motorcycle went off near a mosque in Malegaon, a town about 200 km from here in north Maharashtra, on September 29, 2008.

Thakur has also said she was "proud" of her participation in the demolition of the Babri Masjid in Ayodhya. The Election Commission has issued a show-cause notice to her.

On Monday in Kolkata, BJP national president Amit Shah defended his party's decision to field Thakur as its Lok Sabha candidate, saying allegations against her are false and the real culprits in the Malegaon blast case have evaded the law.