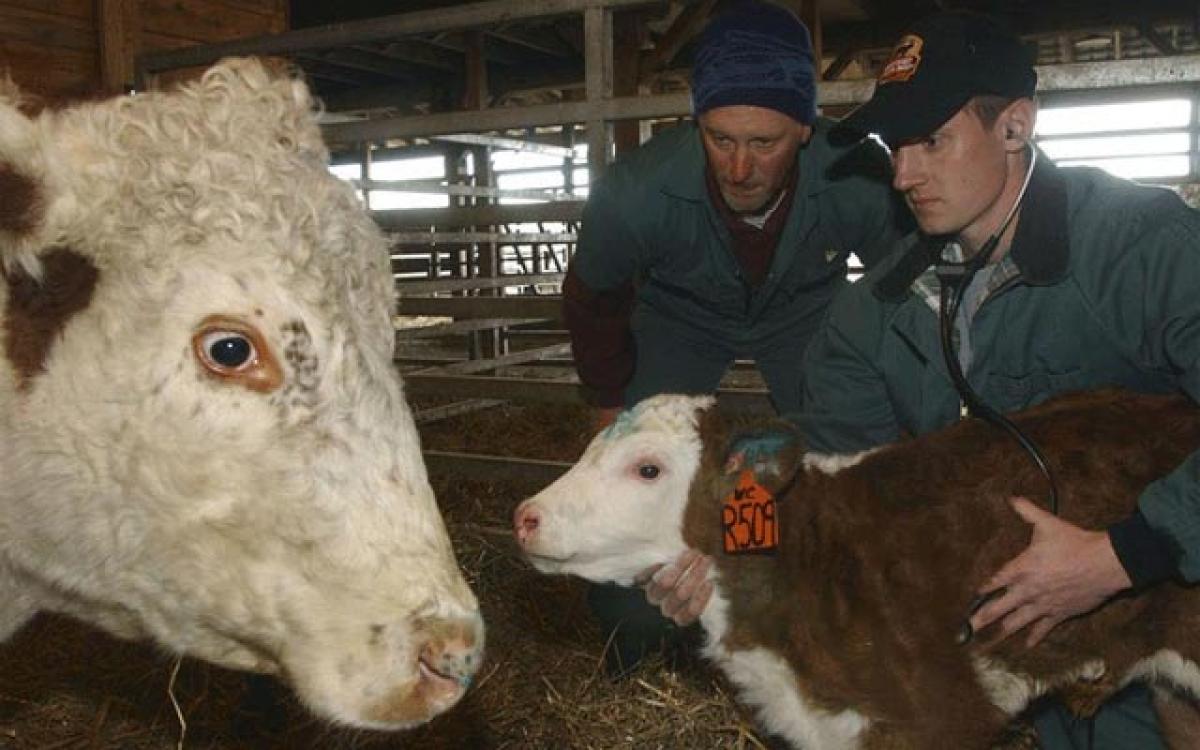 A new influenza virus that affects cattle has an official name influenza D, as proposed by South Dakota State University researchers -- including one of Indian origin who discovered it.

A new influenza virus that affects cattle has an official name influenza D, as proposed by South Dakota State University researchers -- including one of Indian origin who discovered it.

The executive committee of the International Committee of Taxonomy of Viruses approved naming the new virus influenza D, Professor Feng Li said in a university statement on Thursday.

It was named Influenza D virus because of its distinctness from other influenza types A, B and C. Though South Dakota State University alumnus Ben Hause isolated the virus from a diseased pig in 2011, he later found that cattle were the primary reservoir for influenza D.

Hause identified and characterised the new virus as part of his doctoral research under Li's tutelage. This is the first influenza virus identified in cattle, Li explained.

Li and Professor Radhey Shyam Kaushik secured a US National Institutes of Health grant for nearly $400,000 to study the biology, genetics and evolution of the new virus.

Ultimately, the goal is to determine whether influenza D, which has 50 per cent similarity to human influenza C, can cause problems in humans, according to Kaushik.

However, he noted, "the virus has not been shown to be pathogenic in humans. No one should be afraid of this". The research group showed that influenza D is spread only through direct contact and proved a guinea pig can be used as an animal model to study the virus.

Influenza D antibodies have been identified in blood samples from sheep and goats, but the virus does not affect poultry. Studies are underway to compare the virulence among the bovine and swine influenza D strains and human influenza C using the guinea pig model.

"If the virus can undergo reassortment in combination with a closely related human influenza virus, it may be able to form a new strain that could pose more of a threat to humans," Kaushik explained.