My Vision is like Gita or Bible: Chandrababu Naidu 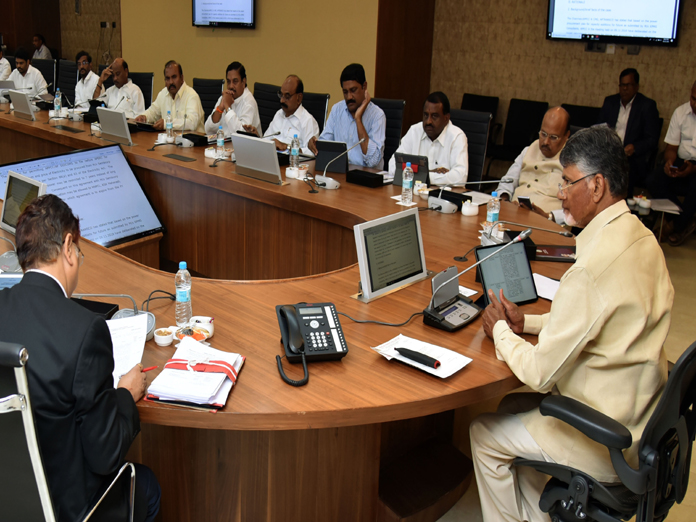 Chief Minister N Chandrababu Naidu, revealing his vision for the state in the document Vision 2029 in the Sunrise State of Andhra Pradesh said he would strive to see that the per capita income of the state reaches Rs 375 lakh by 2024

Amaravati: Chief Minister N Chandrababu Naidu, revealing his vision for the state in the document - Vision 2029 in the Sunrise State of Andhra Pradesh- said he would strive to see that the per capita income of the state reaches Rs 3.75 lakh by 2024.

Announcing this in the Assembly, the Chief Minister said that vision is very important whether it is a family, state or a corporate house to drive the same to reach its set goal.

Recalling that the TDP government had implemented 295 assurances, more than what the party election manifesto had promised, during its tenure, Naidu said he envisioned that every family should earn Rs 25,000 per month by 2024.

The Chief Minister said it was the TDP government which introduced Vision 2020 way back in the united Andhra Pradesh and some people heckled him then. “The result is visible in Hyderabad,” he said.

He appealed to the people to read the Vision 2029 document everyday like Bhagavad Gita or Bible to find answers for every problem they face during the day-to-day activities.

Stating that 65 per cent Polavaram project works were completed, Naidu vowed that he would complete the project at any cost. “Hundred per cent literacy would be achieved by 2022,” he said, adding that every college and school should become an innovation centre.

Referring to the recent outbursts of Prime Minister Narendra Modi, Naidu wondered whether the Prime Minister had answers to the questions raised on the Rafale deal which he favoured to his friends.

The Chief Minister expressed satisfaction over the progress of the construction of the capital city Amaravati which is slowly taking shape. He was confident that Andhra Pradesh would be one among the top ten destinations in the world for investments.