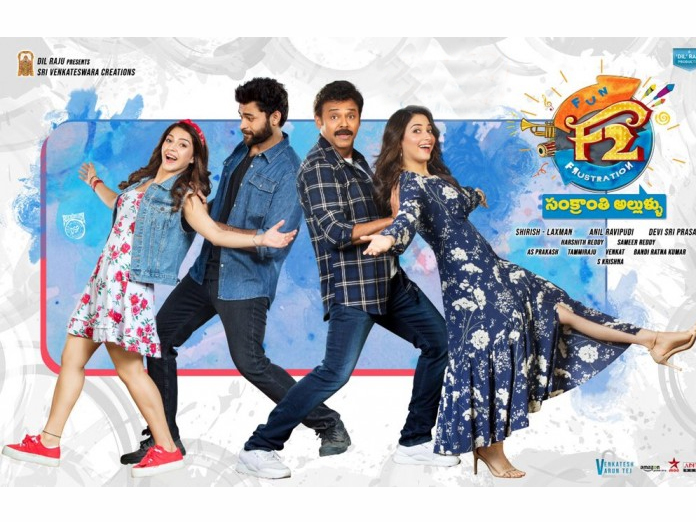 Victory Venkatesh and Mega Prince Varun teamed up for a multistarrer movie, F2 Fun and Frustration under the direction of Anil Ravipudi

Victory Venkatesh and Mega Prince Varun Tej teamed up for a multistarrer movie, 'F2: Fun & Frustration'. under the direction of Anil Ravipudi. Tamannaah and Mehreen played the female leads in the film and the movie finally hit the screens on January 12th, 2019.

'F2' has opened with a decent collections in the Telugu States. On the opening day, the movie made a distributor share of 4.95 Cr. The film started with decent occupancies in the theatres. The film became the second highest opening for Venkatesh after Babu Bangaram which made 5.56 Cr and biggest ever for Varun Tej beating Fidaa which recorded 3.43 Cr.

The film has been receiving positive talk from the audience and is gaining good reports when compared with other Sankranthi releases.