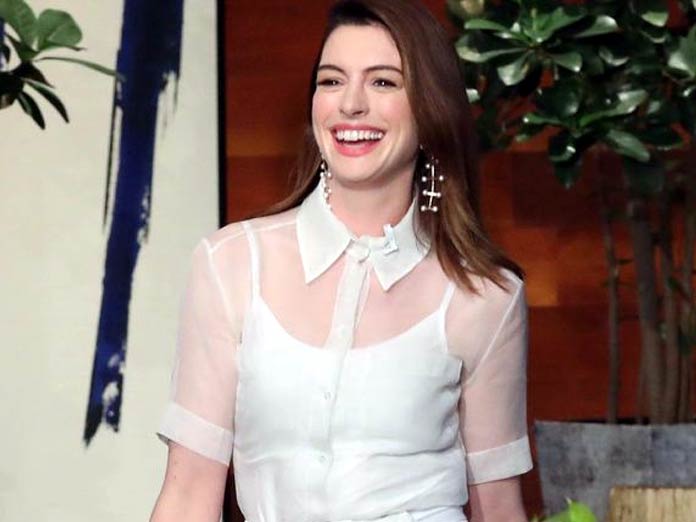 Los Angeles: Hollywood stars Anne Hathaway has decided to quit alcohol for the next 18 years because she does not want to drink around her two-year-old son Jonathan.

The 36-year-old actor said she does not want to be hungover when her son, whom she has with husband Adam Shulman, needs her during the morning school runs. "I quit drinking back in October, for 18 years. I'm going to stop drinking while my son is in my house just because I don't totally love the way I do it and he's getting to an age where he really does need me all the time in the morning.

"I did one school run one day where I dropped him off at school, I wasn't driving, but I was hungover and that was enough for me. I didn't love that one," Hathaway said during an appearance on "The Ellen Degeneres Show". The actor and her husband welcomed Jonathan in April 2016.