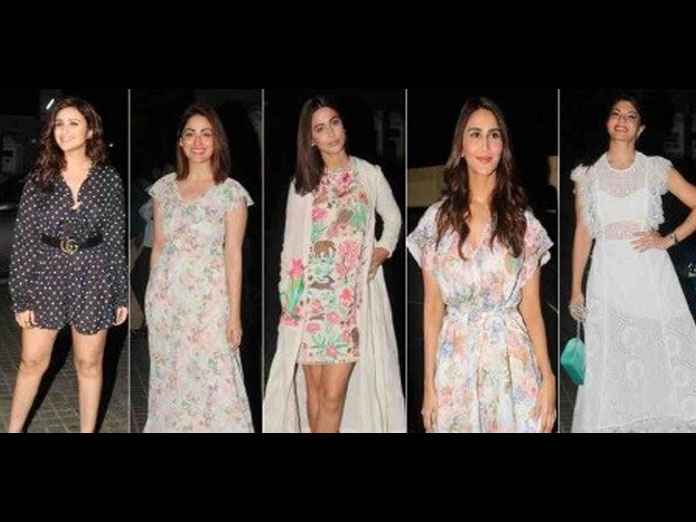 Parineeti Chopra wrote, “Was blown awayy by #RubaruRoshni today!! Wow wow wow. What an honour watching the stories of these incredible people. Hats off to @aamir_khan, Kiran Rao and Swati for making this film! Guys go watch it on the 26th of Jan”

Television actress Hina Khan also wrote, “#RubaruRoshni Don’t miss this film guys 26th jan 11am @StarPlus. Thank you so much @aamir_khan for having me...So much to learn from you”

Filmmaker Alankrita Shrivastava also praised the film, she wrote, “Saw #RubaruRoshni directed by #SvatiChakravarty produced by @aamir_khan #KiranRao. Brilliant, moving, relevant. I had goosebumps the whole time. Pondering on the deep truth that forgiveness is the only way to free ourselves. Watch it! 11am 26Jan on Star. Streams on Hotstar”

The promos of the documentary have been doing the rounds on television for quite some time now. In one of the promos, Aamir Khan talks about the freedom we enjoy as citizens. The Dangal actor says that we have the freedom to express but in the end, he questions if we are really free.

Aamir’s wife and fellow producer Kiran Rao was present as well. The film is directed by Svati Chakravarty and is set to premiere on Star Plus on Republic Day.

Aamir announced the film as a surprise on social media recently and mentioned that it is a project very close to his heart.