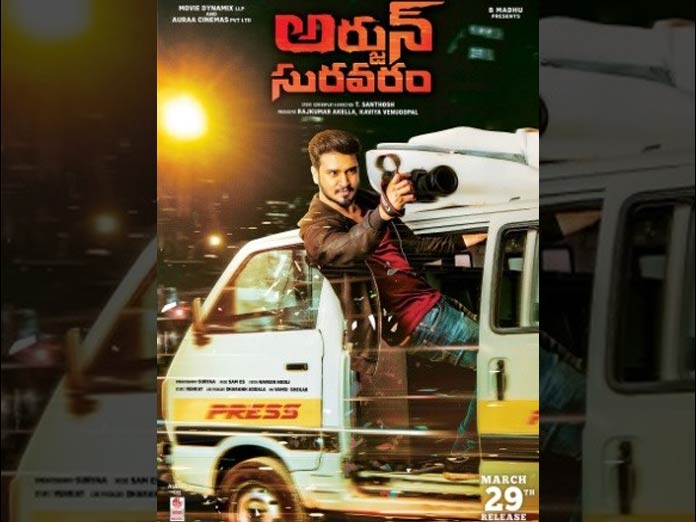 Nikhil Siddhartha confirms the title change of his next, which was earlier titled Mudra is now titled Arjun Survaram and will release on 29th March

Nikhil Siddhartha confirms the title change of his next, which was earlier titled Mudra is now titled Arjun Survaram and will release on 29th March.

The actor Nikhil took to his social media handle and dropped the new poster, new title and release date. He captioned it, “#ArjunSuravaram #FreshPoster is here...Coming to Theatres this March 29th. Plz Do spread the Word”

Nikhil's new film which was earlier titled 'Mudra' has now been changed. The film's new title is 'Arjun Suravaram'. He is playing the journalist named Arjun Suravaram in this movie that is based on a Tamil hit.

The title has been changed after another movie with 'Mudra' name was recently released in the theaters.

Tamil director T N Santosh is directing this film and the movie wrapped up its shoot. Lavanya Tripathi is the heroine of the movie. Rajkumar Akella and Kaviya Venugopal are producing it.

It is slated for March 29th release.