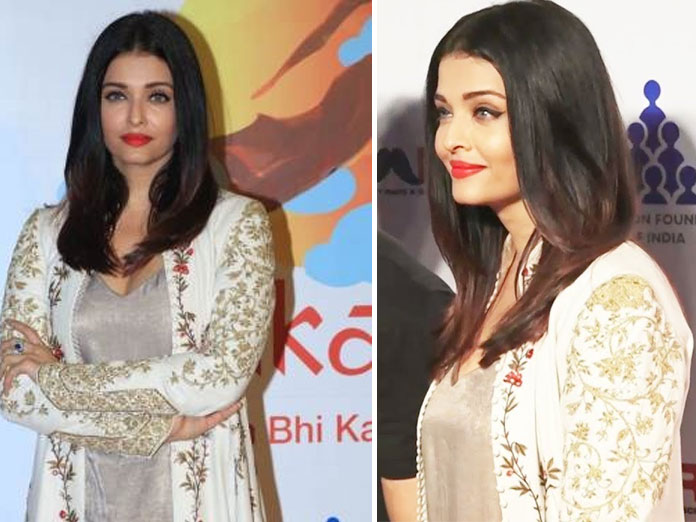 Aishwarya Rai looked stunning at the event. She was dressed in a vintage yellow maxi jacket by designer Masaba Gupta and completed her look with those shiny silver shoes and sunnies. The actress is known for the passion she puts in for humanitarian work.

On the work front, Ash was last seen in Fanney Khan along with Anil Kapoor and Rajkummar Rao. Although Ash's performance was lauded, the film failed to impress critics as well as the audience.

Aishwarya is rumoured to be collaborating with her favourite director Mani Ratnam. Ash and Mani have worked together in 2007 and 2011, featuring in 'Guru' and 'Ramayana', called 'Raavan' in Hindi.

Ash has agreed to be a part of a huge, big-budget historical drama by Ratnam. The film will be bilingual starring several biggies from the south film industry.