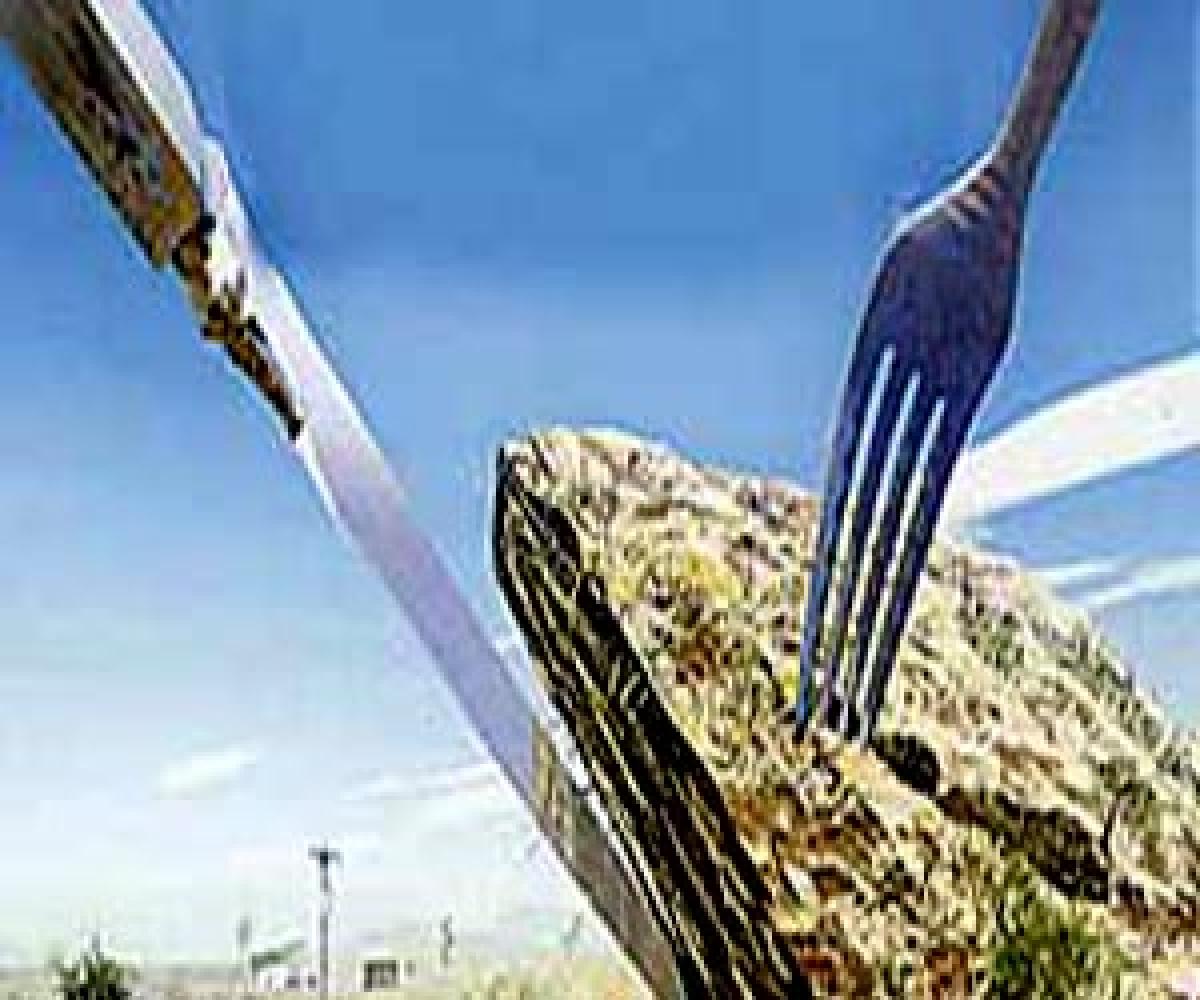 The GO 59 has several objectionable features. First, why should the possession of lands for even non-residential purposes be regularised? The word non-residential means commercial use of occupied lands.

The GO 59 has several objectionable features. First, why should the possession of lands for even non-residential purposes be regularised? The word non-residential means commercial use of occupied lands. Instead of penalising such appropriation of public property for personal commercial purpose, democratic governments seek to legalise an illegal act, thus incentivising the future land grabbers

The Telangana government’s policy on land regularisation raises serious questions about government lands and their utilisation for public purpose. On one side, governments often resort to land acquisition to mobilise land for their various activities, and, on the other hand, large tracts of government land are alienated in the name of regularisation. Periodic release of government orders to regularise encroached lands sends wrong signals to land grabbers, besides raising many ethical and legal questions.

Any public policy should have a public purpose. It should be based on the previous experience. But, hasty moves cause irreparable damage to the public policy. The State government issued two specific GOs after deliberations with political parties. But, contrary to the spirit of the all-party meetings, the GOs open up floodgates to alienation of government lands. The GO 58 is intended to legitimise the possession of government lands by poor occupants. To an extent, relief is also provided for the middle income groups. Some of them may perhaps even be the victims of lack of transparency in land records.

But, the real problem comes with the GO 59. It has several objectionable features. First, why should the possession of lands for even non-residential purposes be regularised? The word non-residential means commercial use of occupied lands. Instead of penalising such appropriation of public property for personal commercial purpose, democratic governments seek to legalise an illegal act, thus incentivising the future land grabbers. The GO 59 also does not impose any upper limit on the extent of land to be alienated.

As the Comptroller and Auditor General in its performance audit of similar such GOs issued by the previous government observed, regularisation of large tracts of land is bereft of any logic and against the sound principles of good governance. Surprisingly, the GO 59 even allows for regularisation and alienation of any extent of vacant land, provided it is an extension of occupant’s own land. Nothing can be more obnoxious provision than this when the government itself claims that its policy is not to regularise vacant lands.

The CAG’s earlier report itself states that a substantial chunk of unassigned government land was encroached upon by various people, some of whom are even real estate developers. The CAG further observed that even industrial townships and other infrastructure were developed on encroached government lands.

This shows the gravity and brazenness of the problem. Surprisingly, the government does not have any comprehensive data as to how much of its land is under encroachment. But, it has been issuing orders from time to time regularising such encroachments. Such policy of regularising encroached land with remarkable frequency is encouraging land sharks to capture government lands.

The land availability especially in urban areas is a serious constraint for providing social infrastructure. The value of land is increasing manifold. The government has no policy or programme to protect open spaces and government lands. Such governance failure is, instead, cited as an alibi to regularise costly government lands in favour of those who have encroached and commercially enjoy it for long time. There should be a long-term land use policy with realistic and scientific assessment of land required for public purpose. Such regularisation may yield paltry income for present government, but imposes heavy prohibitive costs on future governments. Surprisingly, the GO59 issued by the Telangana government even deprives income for itself as it seeks to collect only basic value even if the encroached land is used for non-residential purposes.

The government is losing precious income to benefit those who encroached government lands. It‘s a well-known fact that the prevailing market value is many times more than the so-called basic value. The official land values are deliberately depressed to facilitate parking of black income. The CAG report brings to notice even much more serious anomalies on public policy on land. There are instances of public authorities paying compensation to the encroachers of government lands when such illegally possessed lands are acquired for public purpose. The CAG report rightly warned that such treatment of persons encroaching upon government land could potentially encourage further encroachments elsewhere. The earlier Congress government in the undivided state issued GO 166 for a similar purpose.

The performance audit of this GO by CAG should have been the basis for issuing GO 59 by the present Telangana state government. Instead, the GO 59 is much more in favour of land grabbers. It is therefore pertinent to quote the observations of the constitutional authority like CAG on the implementation of the GO 166 to understand the possible fallout of present G.O.59. The CAG report observed thus: “While the stated purpose of the GO of February 2008 was in the context of ‘long-standing occupation of smaller extents by members of the weaker sections, slum dwellers, low and middle income group people etc.’, allowing regularization of encroachment for area up to 2000 square yards in cities like Hyderabad (and its surrounding areas), Visakhapatnam etc. was clearly contrary to the stated objective. Areas of this size (in fact, any areas exceeding 100 or at most 200 square yards) are clearly not inhabited by ‘weaker sections, slum dwellers etc’.

Clearly, the State Government has sent out wrong signals to the public as well as potential encroachers, implicitly encouraging violation of rules and infringement of Government’s rights.” Surprisingly, the GO 59 has no such upper limit. Thus, the GO 59 is contrary to the stated purpose of benefiting the poor and the middle class. It does not even benefit the exchequer. The GO 59 would be a bonanza for those who have encroached government lands and an incentive for those who intent to do this in future too. If it goes unchecked, it would further accentuate the process of alienation of valuable government lands and imposes heavy financial burden on future government when it intends to set up any amenities for the people.