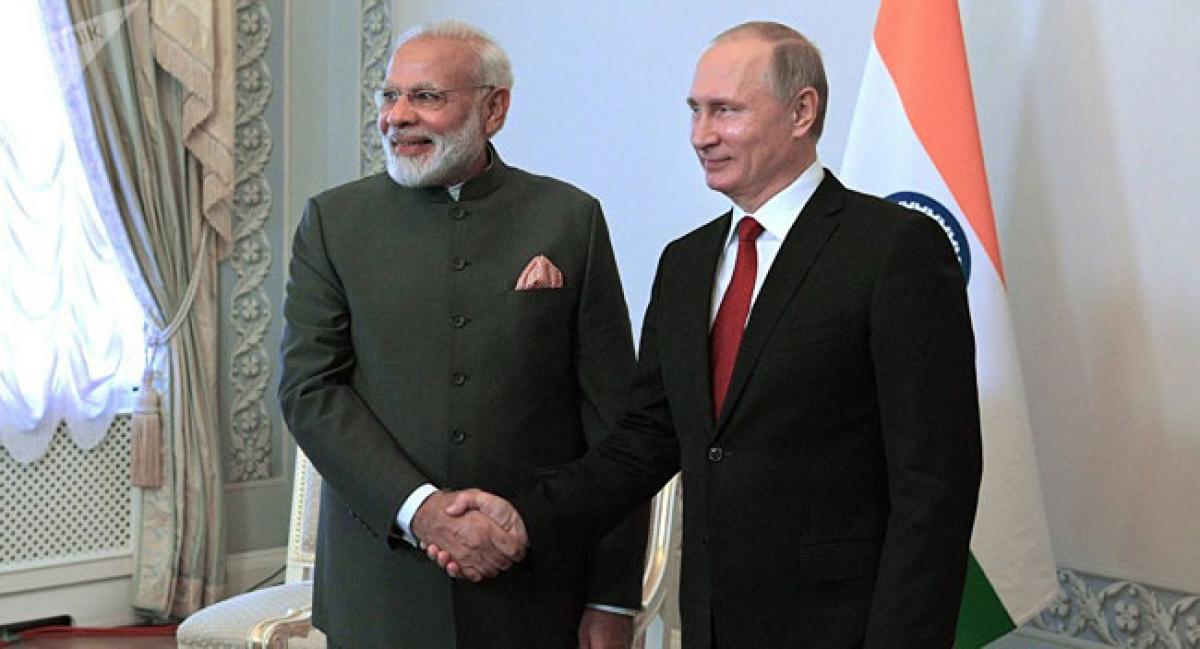 By concluding the S400 Triumf longrange surfacetoair missile system deal with Russia in the face of Washingtons sanctions on Moscow, India reasserted its independence on foreign policy in adherence with New Delhis stated stand that its ties with one country are free of that with a third country

By concluding the S-400 Triumf long-range surface-to-air missile system deal with Russia in the face of Washington’s sanctions on Moscow, India reasserted its independence on foreign policy in adherence with New Delhi’s stated stand that its ties with one country are free of that with a third country.

After the signing of the deal during the course of the 19th India-Russia Annual Bilateral Summit between Prime Minister Narendra Modi and Russian President Vladimir Putin here on Friday, a top source pointed out that India's negotiations for the S-400 missile system began several years before the current US sanctions on Russia came into effect.

This was basically implying that New Delhi will not give up on its defence cooperation legacy with Moscow in the face of another country's actions.
The S-400 missile deal has been an issue of much speculation after the Trump administration’s Countering America's Adversaries Through Sanctions Act (CAATSA) law came into effect in January. CAATSA targets countries doing business with Russian, Iranian and North Korean defence companies.

Though India and the US maintain a robust Global Strategic Partnership with the two countries being major defence partners, by signing the S-400 missile deal, New Delhi has now sent a clear signal to the world that its bilateral relationship with one country is independent of that with a third country.

India and China are now also in talks to update a 12-year-old defence agreement and establish a hotline between their defence ministries. New Delhi also made its foreign policy independence in West Asia clear when Modi made separate visits to Israel in July last year and to Palestine in February this year.