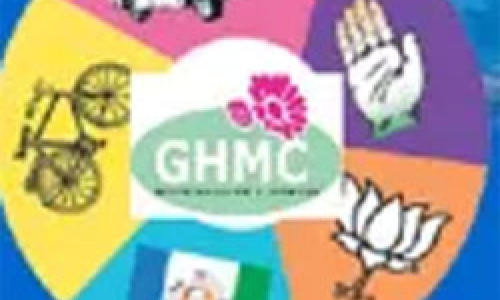 Marwaris in the twin-cities are all set to get a new identity. The trading class which has all along been just a vote bank for political parties has decided to field candidates and make a mark in the vibrant political arena.

Hyderabad: Marwaris in the twin-cities are all set to get a new identity. The trading class which has all along been just a vote bank for political parties has decided to field candidates and make a mark in the vibrant political arena.

While Marwaris have made a mark in the national politics, their role in Hyderabad has traditionally been restricted to making donations to parties of different hues. Minal Vakharia, founder of Chakde Gujarati Rajasthani says, “Unless we have leaders from our own community we will not have a voice.

In spite of our presence in Hyderabad for over 100 years, we are still treated as settlers. Marwaris have a huge impact in national politics but now there is a need to have leaders here.” Probably for the first time, the community is fielding two candidates - Ramesh Kumar Bung (TRS) in Begum Bazaar and Priyanka Varma (BJP) in Ramgopalpet. The 7-lakh Marwari-Gujarati community can tilt the scales in the GHMC elections.

There is a sizable Marwari population in the old city areas such as Begum Bazaar, Gosha Mahal, Ghanzi Bazaar, Gulzar Houz and Urdu Galli. Mahender, a resident of Badi Chowdi says, “The Marwaris have a lot of goodwill in the Old City. The Agarwal schools and Signodia Degree College right in the heart of the Old City near Charkaman have many students old and new from that part of the city and they can play an important part in the elections.”

Though All-India Majlis-e-Muslimeen draws its support from the Muslims and the Old City is its stronghold, MIM has not fielded a candidate in Begum Bazaar is a testament to the strong Marwari presence. The Majlis-BJP dialectic of Hindus versus Muslims is ever so present and the Gujarati and Marwari communities have always showed allegiance to BJP.

Though engrossed in business, the community revels in religious ceremonies and processions. Assertion of identity is something that the Marwaris have started taking seriously and the Modi-led government at the Centre is just another reason for the rising astuteness.

Arun Kumar Jaiswal, a resident of Old City says, “The community attaches a lot of importance to its customs and traditions. They revel in processions and flaunting their identity. They would vote for anyone who assures them that their interests would be protected.” The contest in these divisions would be interesting to watch.