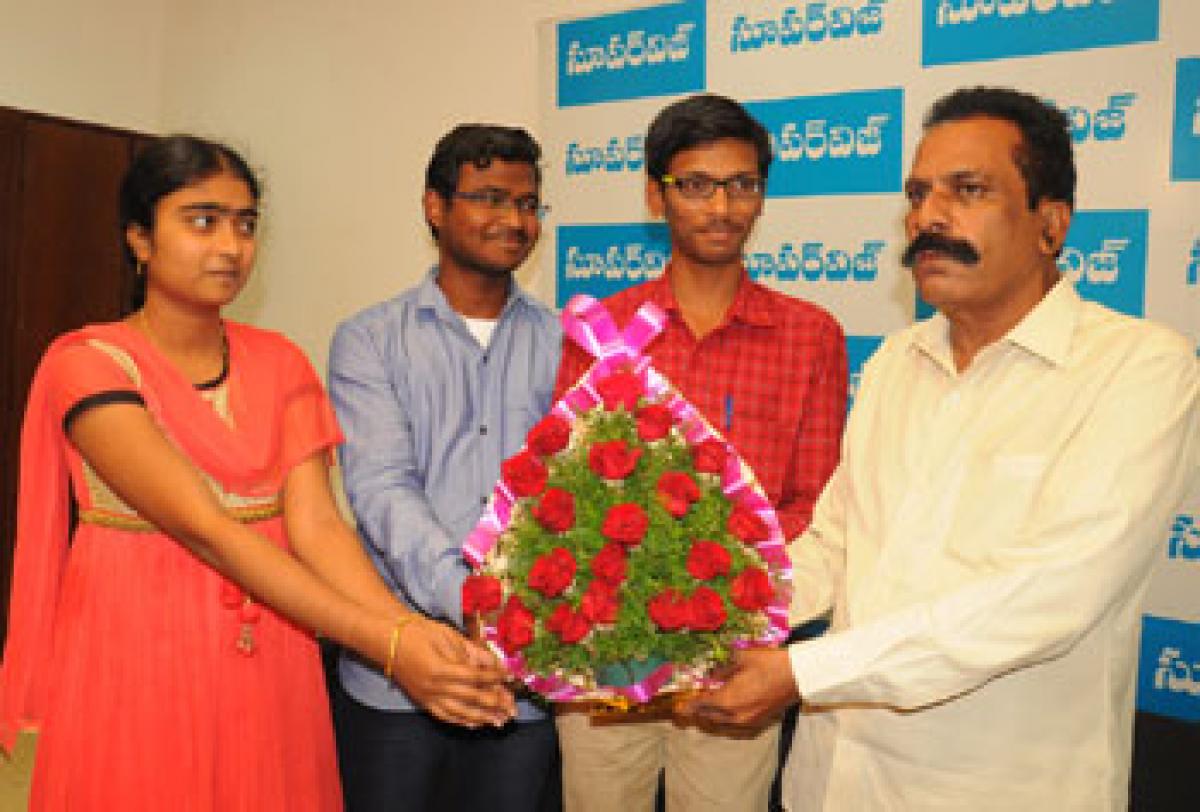 A N V Sairam and P Prashanth, students of Super Whizz, secured all India first and second ranks in the ICWA foundation course examination conducted in 2015.

A N V Sairam and P Prashanth, students of Super Whizz, secured all India first and second ranks in the ICWA foundation course examination conducted in 2015.

Another Parisa Lakshmi, a student of the same institution secured all India 2nd rank in the examination held in 2014. Principal of the institution Sabbineni Venkateswara Rao congratulated the students on the occasion.

Speaking to the newsmen here on Wednesday, Venkateswara Rao said that the students have lived upto the tradition of winning all India level top ranks from the institution. ''With this, the institution has bagged top ranks at the national level for 47th time.

The faculty and students have a very good rapport that they all are coming out with laurels every time''. He appreciated the students for working hard and congratulated the faculty at the institution.

A N V Sairam who said that he was trained well by the faculty and supported extensively by his parents is overjoyed after the Institute of Cost Accountants of India announced the results. He shared that he wanted to become an IAS officer in future.

Prashanth, who is raised by his mother felt thankful for the efforts she put in for his success. ‘’I want to work for a reputed MNC for a few years before I start my own company’’.