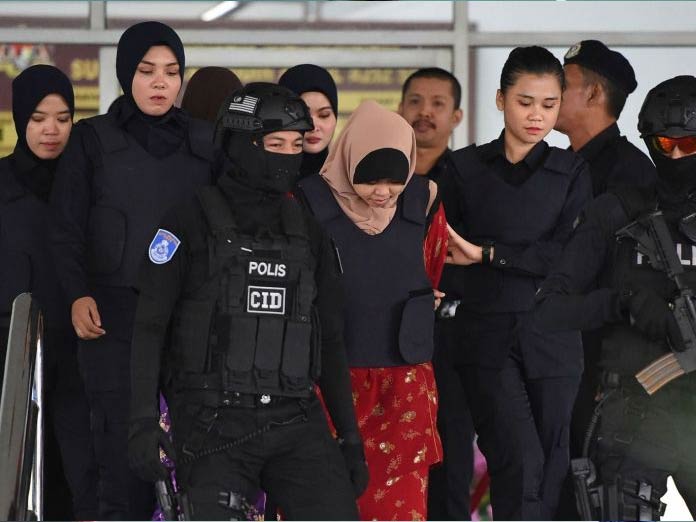 Defence lawyers in the murder trial of the North Korean leaders halfbrother won a challenge Thursday to get access to witness statements but the prosecution appealed, signalling more delays in the longrunning case

Putrajaya: Defence lawyers in the murder trial of the North Korean leader's half-brother won a challenge Thursday to get access to witness statements but the prosecution appealed, signalling more delays in the long-running case.

Siti Aisyah from Indonesia and Doan Thi Huong from Vietnam have been on trial since October 2017, accused of murdering Kim Jong Nam by smearing nerve agent VX on his face at Kuala Lumpur airport. The brazen assassination in February 2017 shocked the world but the women have denied murder, saying they believed they were taking part in a prank and were tricked by North Korean agents. Proceedings in the trial of the women, in their 20s, have moved slowly due to the large numbers of witnesses and the fact that hearings are held infrequently.

Aisyah's case was temporarily halted late last year after her lawyers lodged an appeal to get access to some key witness statements, which prosecutors argue should not be made public. The seven statements are from individuals including someone who drove Kim Jong Nam around in Malaysia and acquaintances of Aisyah. The Court of Appeal in the administrative capital Putrajaya ruled Thursday the statements should be given to the defence.

"The court of appeal has allowed our application that the statements of the seven witnesses that we were asking for must be supplied to the defence within two weeks from today," Aisyah's lawyer, Gooi Soon Seng, told reporters. But prosecutor Mohammad Dusuki Mokhtar said the prosecution would appeal to a higher court as soon as possible. The prosecution will also apply on Monday to the High Court, which is hearing the main trial of the women, for the case to be put on hold while the appeal is ongoing.

Under current laws, the women will be handed a death sentence if convicted of murdering the estranged relative of the North's leader, Kim Jong Un. Malaysia's new government, which took power in May, has vowed to abolish capital punishment for all crimes and has put executions on hold before seeking to get parliament to change the law.