US tariff on India may go up; zero tariff may be withdrawn 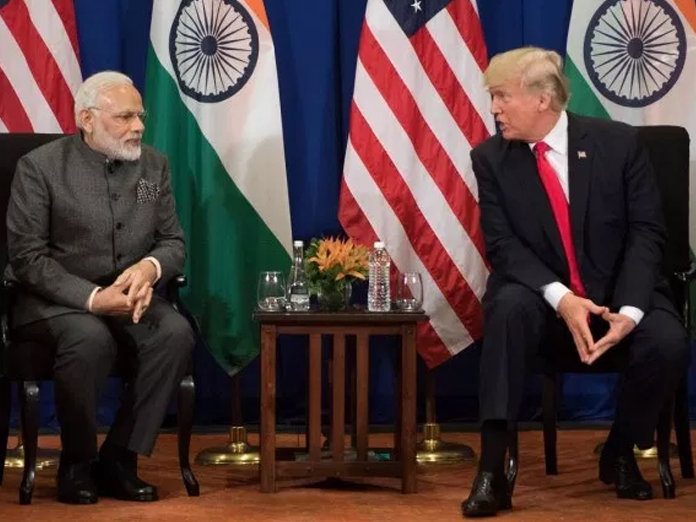 India could lose a vital US trade concession, under which it enjoys zero tariffs on 56 billion of exports to the United States, amid a widening dispute over its trade and investment policies, people with close knowledge of the matter said

New Delhi: India could lose a vital U.S. trade concession, under which it enjoys zero tariffs on $5.6 billion of exports to the United States, amid a widening dispute over its trade and investment policies, people with close knowledge of the matter said.

A move to withdraw the Generalised System of Preferences (GSP) from India, the world’s largest beneficiary of a scheme that has been in force since the 1970s, would be the strongest punitive action since President Donald Trump took office in 2017 vowing to reduce the U.S. deficit with large economies.

Mr Trump has repeatedly called out India for its high tariffs. Prime Minister Narendra Modi has courted foreign investment as part of his Make-in-India campaign.

Mr Trump, for his part, has pushed for U.S. manufacturing to return home as part of his Make America Great Again campaign.

The trigger for the latest downturn in trade ties was India’s new rules on e-commerce that restrict the way Amazon.com Inc and Walmart-backed Flipkart do business in a rapidly growing online market set to touch $200 billion by 2027. That, coming on top of a drive to force global card payments companies such as Mastercard and Visa to move their data to India and the imposition of higher tariffs on electronic products and smartphones, left a broader trade package the two sides were working on through last year in tatters.

The GSP was tied to the trade package and since that deal had slipped further away, the US was considering withdrawing or scaling back the preferential arrangement, two sources said.