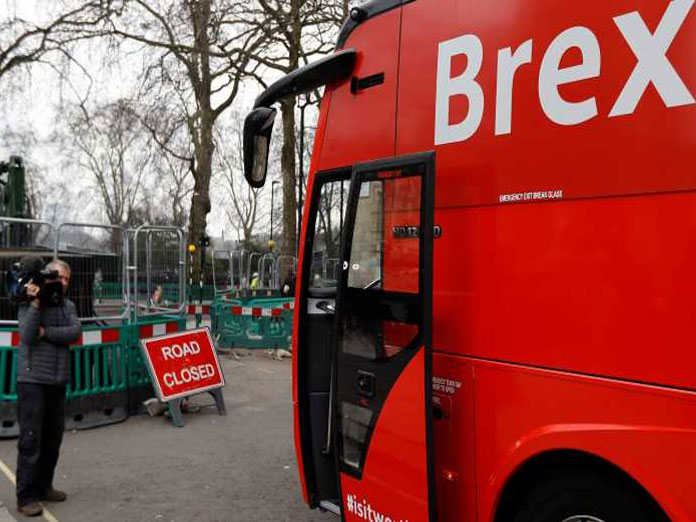 The British government on Friday dismissed as a hiccup its latest parliamentary defeat over Brexit, saying it would keep trying to renegotiate its EU divorce deal just six weeks before exit day

LONDON: The British government on Friday dismissed as a "hiccup" its latest parliamentary defeat over Brexit, saying it would keep trying to renegotiate its EU divorce deal just six weeks before exit day.

But senior minister Andrea Leadsom, the leader of the House of Commons, conceded that the setback might affect the ongoing talks with the European Union.

"Yesterday was more of a hiccup than the disaster," she told BBC radio.

MPs on Thursday night rejected by 303 votes to 258 a motion expressing support for Prime Minister Theresa May as she seeks changes to the Irish "backstop" in her Brexit deal.

It was intended to repeat the mandate given to May on January 29, when MPs voted to find "alternative arrangements" to keeping the border with Ireland free-flowing after Brexit.

But it also took into account another vote on January 29, saying Britain should not leave the EU without a deal.

Hardline Brexit supporters in May's Conservative party believe this "no deal" scenario should remain an option, and so they abstained on Thursday evening.

One of those Conservative MPs, Steve Baker, said the defeat was a "storm in a teacup", adding: "We'd like to agree a deal."

But it comes at a time of mounting frustration in both Brussels and London at May's approach, with the clock ticking down to March 29 when Britain is set to leave the EU.

On January 15, MPs overwhelmingly rejected the withdrawal deal May had spent almost two years negotiating with the bloc.

She now says she wants to reopen the text to change the backstop, but has yet to come up with concrete proposals to put to the EU.

Brussels has repeatedly said it will not change the backstop, although it is open to amending a separate text on future ties.

Leadsom said: "I hope anyone in the EU negotiating team listening this morning will be absolutely clear that the core requirement of parliament that we resolve the issue of the backstop remains the government's negotiating position."