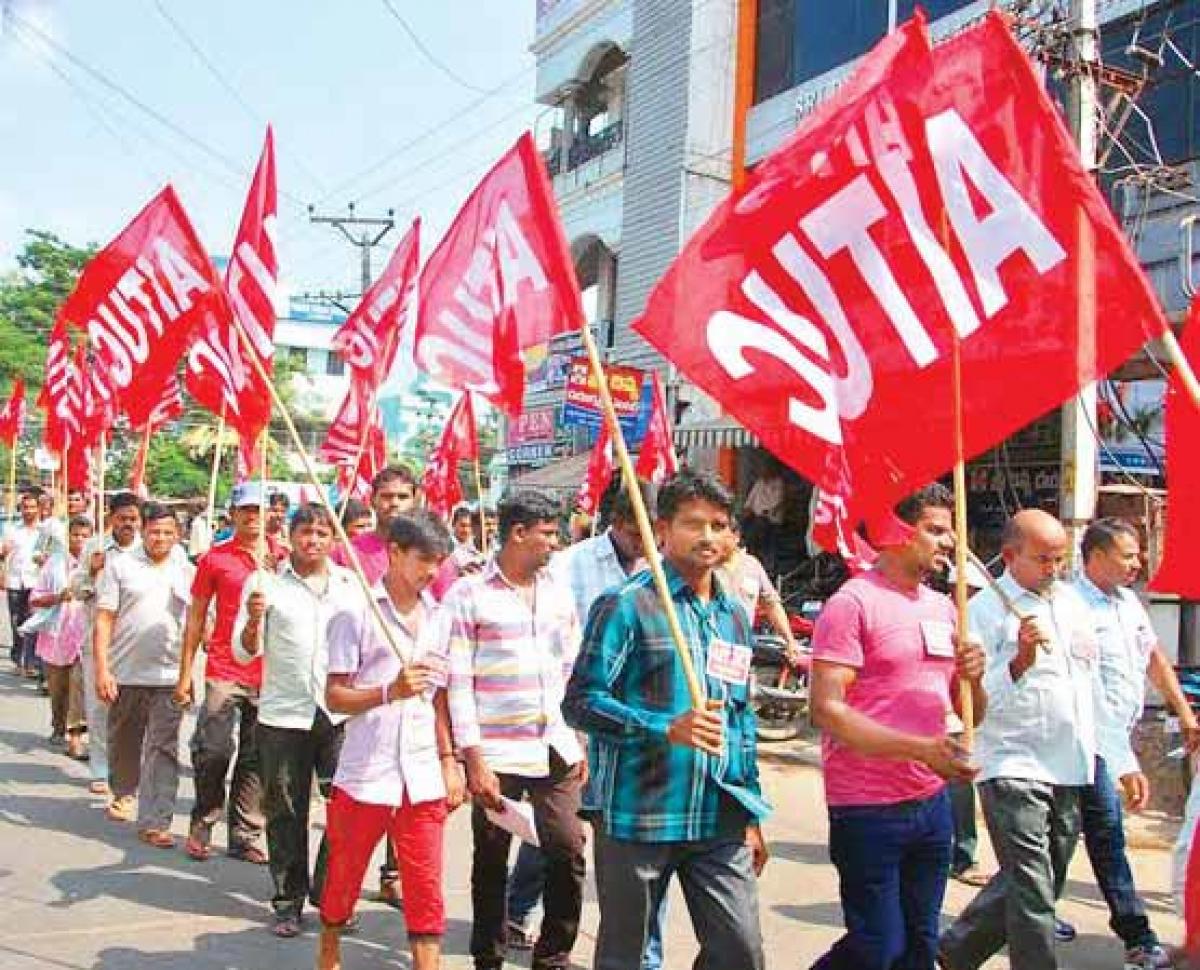 Hoisting the AITUC flag, the State secretary Potu Prasad said, “The workers union AITUC, which is formed in 1920 on October 31 in the streets of Mumbai city, had successfully completed 96 years and stepping into 97 year.

Khammam : The 97th Formation Day of the ‘All India Trade Union Congress’ (AITUC) was celebrated on a very grand note here in Khammam on Monday. On the occasion, a massive rally was held from pavilion grounds to municipal office through the bus stand here in Khammam town. Hundreds of members from various worker unions took part in the rally.

Hoisting the AITUC flag, the State secretary Potu Prasad said, “The workers union AITUC, which is formed in 1920 on October 31 in the streets of Mumbai city, had successfully completed 96 years and stepping into 97 year.

Over the years it has faced lot of odds. After the formation of AITUC, the workers community from Kashmir to Kanyakumari became active and involved in various movements to get their rights like 1920 Trade Union Act, eight hours work, minimum wages, Provident Fund, bonus, maternity leave etc.

The AITUC is helping enormously for spreading and protecting the government sector all over India. But both the State and Central governments are working against the worker unions and are trying to suppress them by encouraging the private sector companies,” he criticised.

He demanded both the State and Central governments to regularise the Anganwadi, ASHA, Mid-day meals workers who are working on the contract and outsourcing basis and hike their salaries to a minimum of Rs 18,000 per month.AITUC district president B G Climent, Y Sambashiva Reddy, M Venkateshwarlu, Shaik Jani Miya, S K Yakub, M Srinivas Rao, A Gandhi, G Lakshminarayana, P Mallesh, N Krishna, B Papa Rao, U Narasaiah, B Veeranna and Mamatha were present along with others.