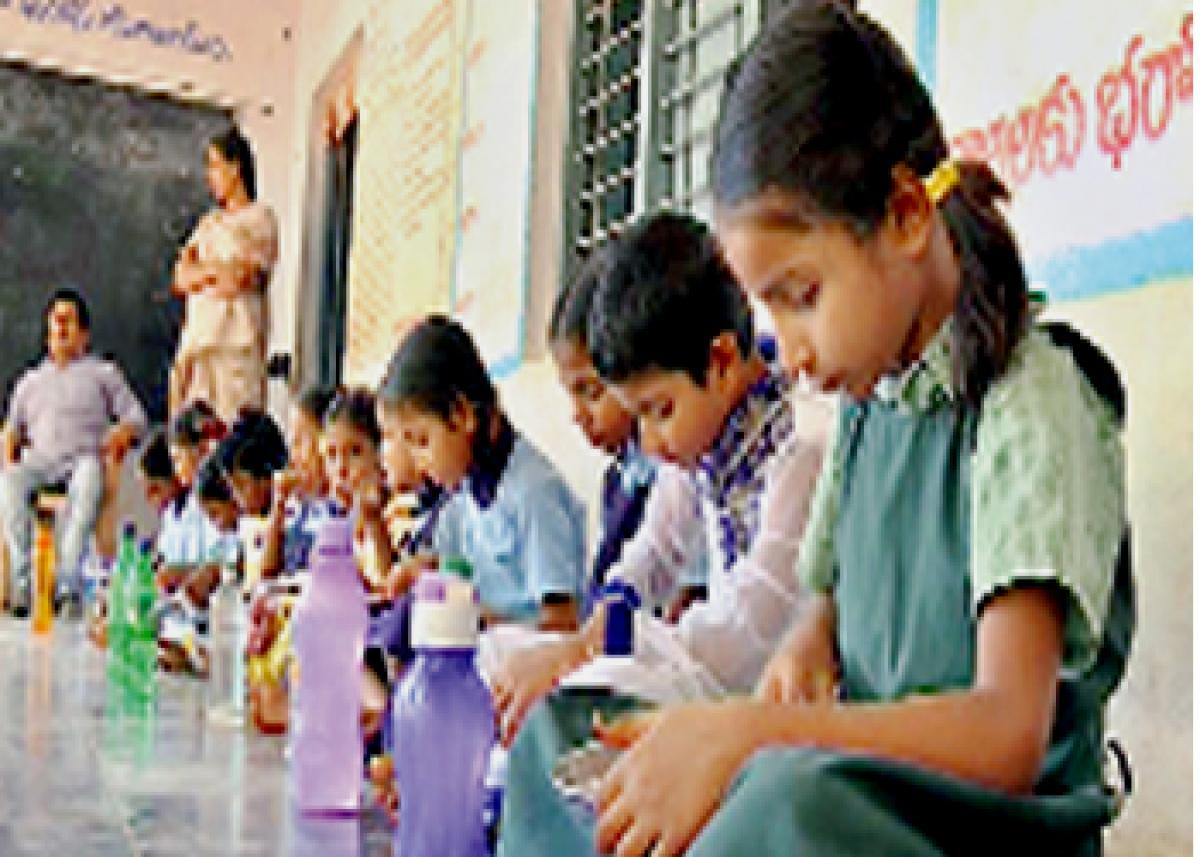 Khammam: The delay in releasing pending bills has affected mid-day meals scheme being implemented in 3,332 primary schools in Khammam and Bhadradri-Kothagudem districts.

As a result, the implementing agencies are accused of deviating from menu and serving food not cooked properly. In place of fine rice, coarse rice is being supplied to the schools. Though many schools are given LPG connections, there is no trace of using them. At all places firewood is used to cook food.

Talking to The Hans India, Students Federation of India district secretary Likki Balaraju said eggs were being given to students only twice instead of thrice a week. At some places, sambar replaces curry. Over 2,18,661 students in 3,332 schools are being benefited under the scheme. The government is expending Rs 32.15 crore under the scheme. Bills of the agencies preparing the mid-day meals scheme are not released since April this year.

The government owes Rs 25 lakh to Rs 30 lakh to each mandal. Rambai, who prepares food in Government primary school at Tallada, told The Hans India that she had to resort to borrow funds from others to run the scheme in the absence of release of bills by the government. It is high time the officials take steps to release the dues and make available small change to the people.