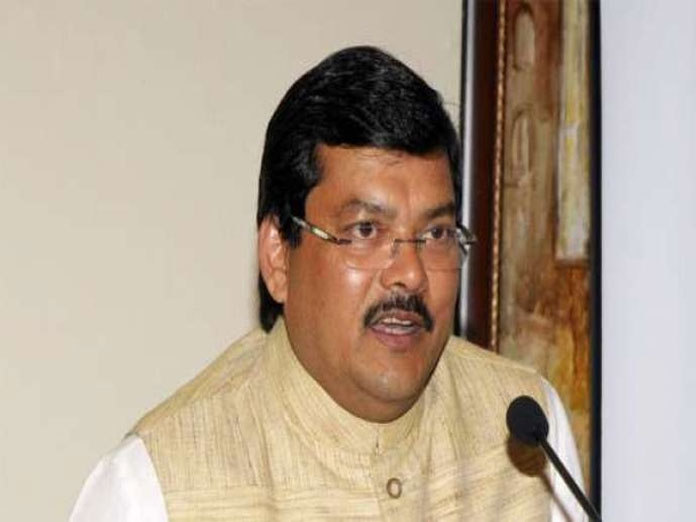 Congress general secretary Mukul Wasnik Thursday alleged that if the Indian Constitution was facing any danger or challenge from anyone, it was from Prime Minister Narendra Modi

Nagpur: Congress general secretary Mukul Wasnik Thursday alleged that if the Indian Constitution was facing any danger or challenge from anyone, it was from Prime Minister Narendra Modi.

The senior Congress leader was talking to reporters at Deekshabhoomi here at the launch of the fifth phase of the party's 'Sangharsh Yatra' in Vidarbha.

"Today, when we are starting the Sangharsh Yatra, I want to say that Narendra Modi took charge as the Prime Minister by taking oath of the Indian Constitution. But today, if the Constitution is facing any danger or challenge from anyone, then it is from PM Modi," he said.

"With this Sangharsh Yatra, we will go to every town and village for the protection of the Constitution and I am sure people will support us," the former Union minister said.

Wasnik also alleged that Modi had failed to fulfil the promises he had made before becoming the PM.

"We all remember that in 2014 he had come out as a 'dream merchant' promising every section of the society that their aspirations will be fulfilled in some way or the other.

But five years down the line he has proved to be a hollow leader as none of the promises made by him have been fulfilled," he said.

"Whether it is concerning employment for young people, remunerative prices to farmers, security to women, strengthening of the economic situation and development of society in different parts of the country, he has failed on every single promise. Therefore, people across various sections of the society are very annoyed and agitated," Wasnik said.

The Congress will highlight the failures of the Modi government during the Sangharsh Yatra, he added.

"In the recently-held elections in five states we have seen how people have responded in Madhya Pradesh, Chhatishgarh and Rajasthan, the states where the BJP was in power. They were hoping that they will get confidence again, but that has not happened," Wasnik said.