Ex-serviceman beaten up by Congress workers in MP's Jabalpur 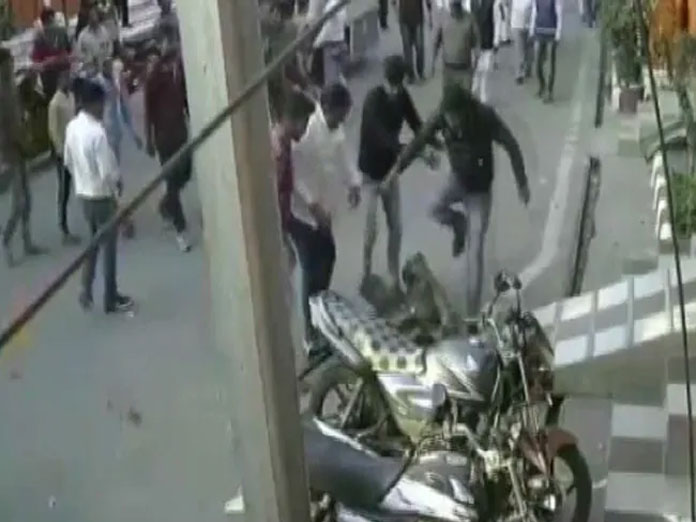 An exserviceman, working as a security guard at Municipal Corporation was beaten up, allegedly by the Congress workers in Madhya Pradeshs Jabalpur

An ex-serviceman, working as a security guard at Municipal Corporation was beaten up, allegedly by the Congress workers in Madhya Pradesh's Jabalpur.

As per eyewitnesses, the attackers were supporters of Congress leader Priyawat Singh.

The ex-serviceman identified as Harish Patel was admitted to a nearby hospital with the help of his co-workers at Municipal Corporation.

Superintendent of Police (SP) Jabalpur, A Singh said: "An ex-serviceman was beaten up by six to seven people. We're identifying the accused persons, a case has been registered."

After the incident, workers from the Municipal Corporation have lodged a complaint in Jabalpur police station and demanded an action to be taken against all the accused immediately. The workers have also threatened to go on a strike on Tuesday, in an order to stage their protest against the unfortunate incident.

Bharatiya Janata Party (BJP) lawmaker from Jabalpur, Rakesh Singh, who visited the victim at the hospital, told ANI: "While we were protesting against the deteriorating law and order situation in the state, some Congress workers beat up an ex-serviceman working as a security guard.