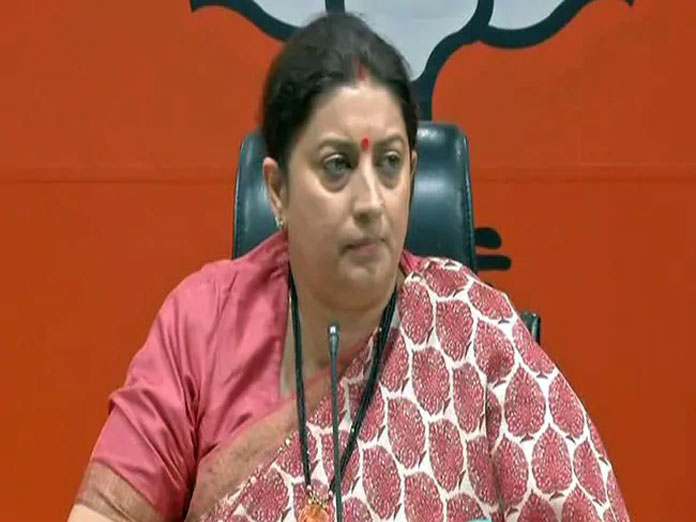 Responding to Rahul Gandhi's comments that Rs. 30,000 crore could be given to families of IAF pilots, Smriti Irani said that his remarks indicate the mindset that death can be compensated with money.

NEW DELHI: Union Minister Smriti Irani on Saturday hit out at Congress President Rahul Gandhi over his remark on the Rafale deal and pilots of the Indian Air Force.

Responding to Mr Gandhi's comments that Rs. 30,000 crore could be given to families of Air Force pilots, Ms Irani said that his remarks indicate the mindset that death can be compensated with money.

"Rahul Gandhi says that if you (IAF pilots) die on duty, he would give money. Leave aside politics; if you look at it from a humanitarian angle, it indicates his mindset," Ms Irani said at an event in Delhi.

"I want to speak to every member of the armed forces of this nation... Here, it is absolutely clear that the prime minister has stolen Rs. 30,000 crore of your money, bypassed a process, and given it to his friend Mr Anil Ambani," Mr Gandhi said at a press conference over the Rafale matter, calling the deal as an "open and shut case".

Mr Gandhi was referring to a newspaper report which claimed that the Ministry of Defence had objected to the Prime Minister's Office (PMO) negotiating with the French government over the price of Rafale aircraft.