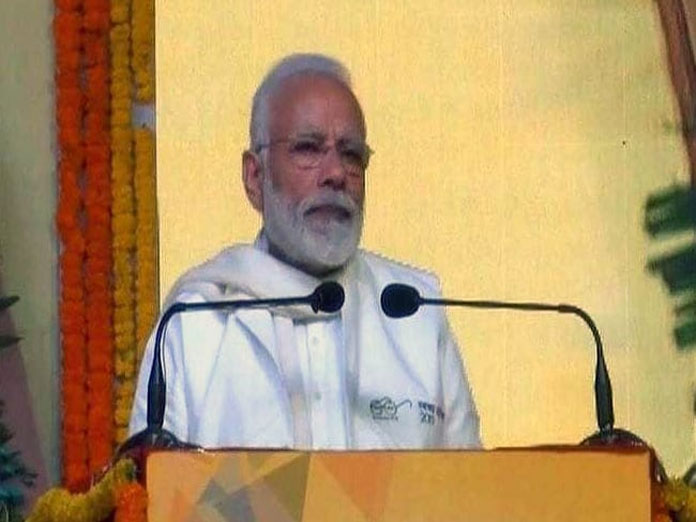 Members of both Houses attended the event where President Kovind unveiled the life-size portrait of the former prime minister.

New Delhi:Congress leader Ghulam Nabi Azad on Tuesday took a swipe at Prime Minister Narendra Modi, as he remembered Atal Bihari Vajpayee saying the BJP patriarch neither had anger against the opposition nor did he undermine the progress made by the country since Independence.

Speaking at a function held at the Central Hall of Parliament to unveil a life-size portrait of Mr Vajpayee, the Leader of the Opposition in Rajya Sabha said the former prime minister will always be remembered for his speeches.

"He always opposed his rival parties, but never had anger against them," Mr Azad said at the event where, besides PM Modi, President Ram Nath Kovind, Vice President M Venkaiah Naidu, Speaker Sumitra Mahajan and Parliamentary Affairs Minister Narendra Singh Tomar were present on the dias.

Members of both Houses attended the event where President Kovind unveiled the life-size portrait of the former prime minister.

The BJP, especially PM Modi, has been attacking the Congress and questioning the performance of its governments over the last 70 years.

The Congress leader recollected some of the speeches delivered by Mr Vajpayee in Lok Sabha, including one on the occasion of 50th anniversary of India's Independence.

"He said ''I (Vajpayee) maintained that the country made progress in the last 50 years and no one can deny that. I had enough material to attack previous governments during elections and canvassing for votes, making fervent attacks on their policies. But I have said everywhere that I am not one of those who undermines the country's achievements in the last 50 years.

He noted that the former prime minister had said there should not no polarisation in the country in the name of caste and religion and politics should not be divided into two camps where there cannot be any conversation.

Recalling Atal Bihari Vajpayee's speech in Goa in 2002, Mr Azad said the former prime minister had said India won't be so if it was not secular.