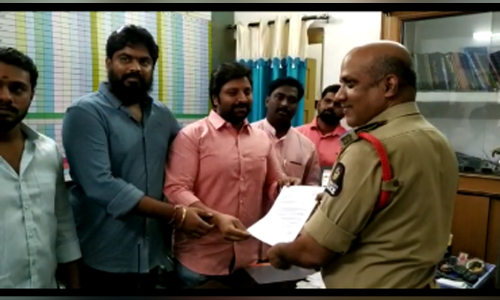 A TRS leader by name B Dinesh Chowdary lodged a complaint against Andhra Pradesh Chief Minister N Chandrababu Naidu in SR Nagar police station on Friday. The complainant in his complaint alleged that AP Chief Minister accused Telangana government of behaving like terrorists to damage his party and AP.

The complainant also alleged that Chandrababu has hurt the sentiments and self respect of 4.5 crore of telangana people and tarnished the brand image of Telangana State.