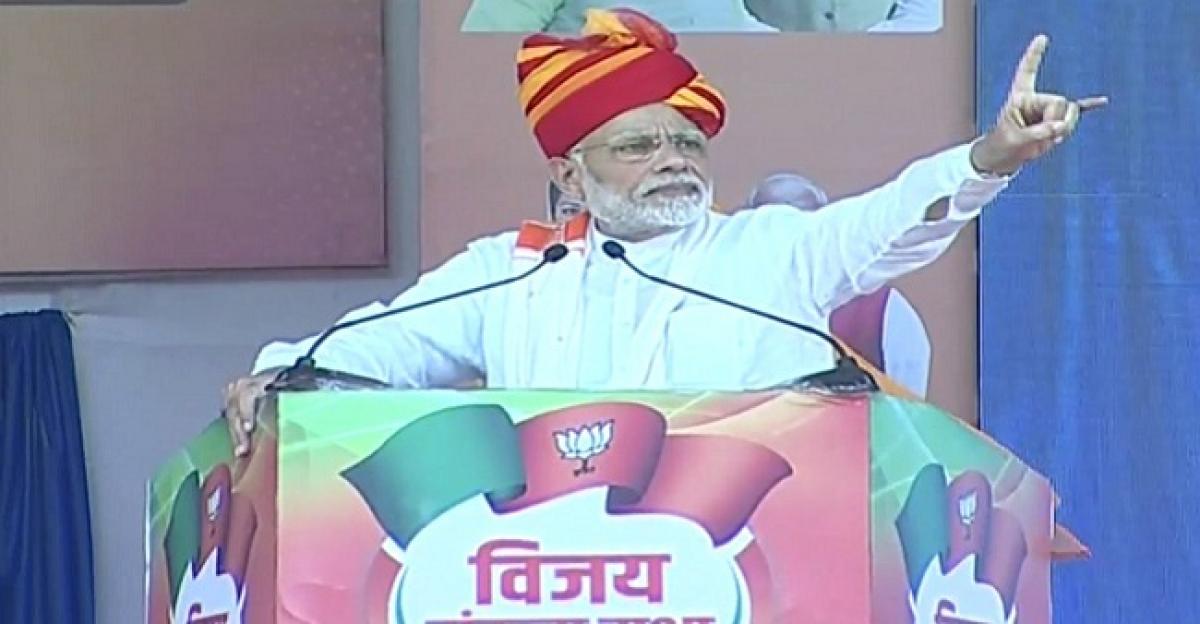 In a scathing attack on the Congress, Prime Minister Narendra Modi accused the party of practising vote bank politics and dividing people to get into...

Ajmer: In a scathing attack on the Congress, Prime Minister Narendra Modi accused the party of practising vote bank politics and dividing people to get into power, while speaking in Ajmer on Saturday, ahead of the announcement of assembly election dates for Rajasthan and four other states by the year-end.

He asked people not to let the Congress get into power again. PM Modi added that parties that do vote bank politics divide the bureaucracy when they are in power. This adversely affects governance, he said.

"They allocate the budget as per vote bank politics and therefore overall development does not happen," he said at the meeting which marked the end of Rajasthan Chief Minister Vasundhara Raje's state-wide political 'yatra'.

"The Congress has established this tradition in the past 60 years," PM Modi said.

"With great difficulty, the country has picked the right direction now after 60 years. Don't give them another chance again," he added.

The Congress leaders were questioning the surgical strikes by the Army across the Line of Control two years ago and "insulting" soldiers. "They should be ashamed of indulging in such politics, PM Modi said.

Rajasthan will go to the polls on December 7. Counting will take place in all five states on December 11, the EC announced.