Congress party’s crown prince stuck to his post-May refrain of going it alone in all States. Now what made them change track is not any lofty ideology but survival instinct. 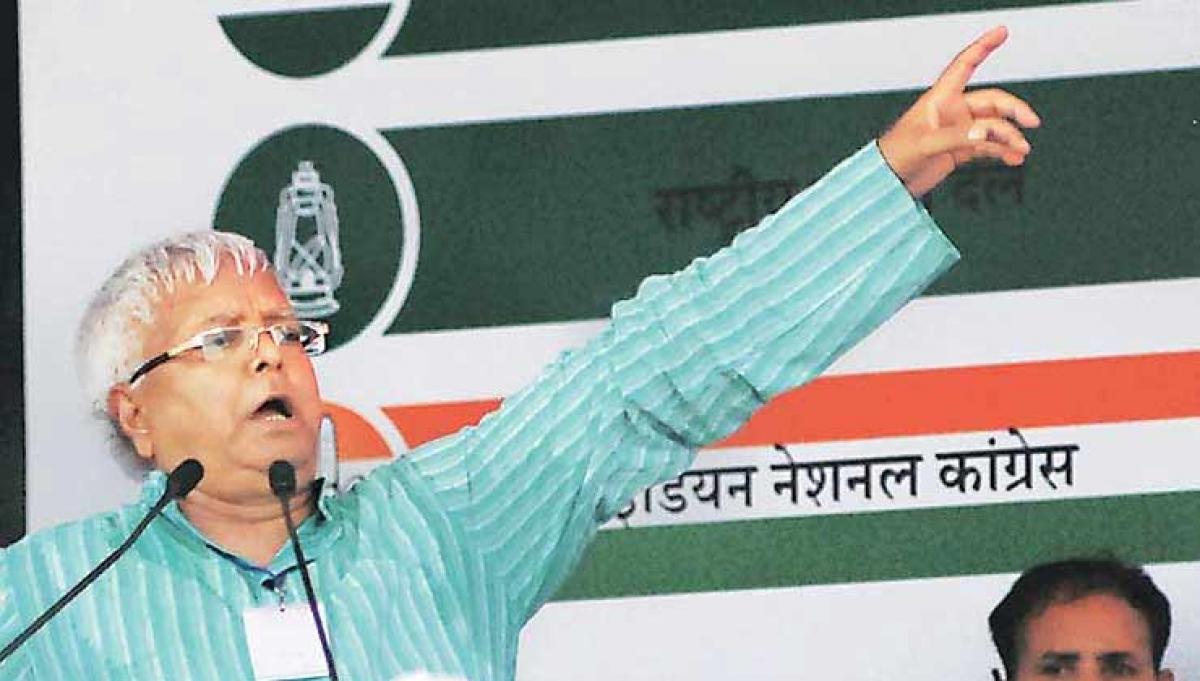 The Thursday election to the Rajya Sabha from Bihar is a clear pointer to the new alignments that we can expect. Nitish Kumar and his arch-rival Lalu Prasad Yadav along with the Congress have ensured that the independents backed by JD-U rebels and BJP don’t make it to the Upper House. Just a fortnight ago, Nitish poured cold water on Lalu’s plans to send his wife to the Rajya Sabha. And Congress party’s crown prince stuck to his post-May refrain of going it alone in all States. Now what made them change track is not any lofty ideology but survival instinct.

Politicians know two things – One, how to be economical with truth; two, how to pocket pride and when. The practitioners of the art of the possible know something else; it is that every act should be perfectly timed. Neither an ex-post facto approval nor an IOY has any relevance for them as history tells us. By getting his men elected to the Rajya Sabha, Nitish has showed that Kautiyla has no reason to worry about his brand of statecraft in Patliputra. This is bad news to fellow Bihari socialist, Ram Vilas Paswan, who is girding up his loins for a duel with Nitish. Also to the BJP, which wants to teach a lesson to the Smart Alec in Patna.

Between Nitish and Lalu, who has better survival instinct? This is a difficult question to answer for me, perched in Hastinapura, the city of intrigue. But if we go by what Shabir Ali, the independent candidate in the Bihar fray, said after his RS dreams were shattered, Lalu appears to have a perfect edge over his fellow Bihari. He says that he had entered the fray under Lalu’s pressure but the RJD supremo had reneged. In politics, unlike in the underground, promises have no shelf-life. That is a bitter lesson Ali has learnt the hard way as he is going around telling every one that he was not a proxy of local BJP satrap Sushil Kumar Modi and that he is a Lalu chela. The Ali-nama, notwithstanding the usual question marks on any post-defeat narrative, is one more reason not to not write off Lalu Prasad, though today he has no roof over his head in Delhi, and is staying on the Tughlaq Road in a spacious government bungalow paying the market rent. This house was allotted to him when he was the Railway Minister.

After he became disqualified in the fodder scam eight months back, he should have vacated the house. He did not, and soon joined the ranks of Congress netas who are reluctant to make way for their BJP successors in Luyten’s Delhi. The Jat satrap, Ajit Singh, is also similarly placed. He has to move out of another Tughlaq Road house that was allotted to his father, Charan Singh, the first-ever accidental Prime Minister of India. The Chaudhry saheb may appear as a footnote to national politics since he was the Prime Minister for a few months but he remains a perfect role model in splitting parties. Lalu and Nitish have followed in his footsteps whenever faced with an existential crisis.

The short point while on the subject of Lalu’s house hunt is that Nitish could have ended his misery had he supported Rabri Devi’s plans to join national politics. Her membership of the RS could have meant an assured six-year stay at 25 Tughlaq Road bungalow with huge lawns for the Lalus.

As the turn of events shows, L’affaire Ali has become a two-way affair. Lalu had his revenge. Nitish too had his revenge. And by closing their ranks for the first time since they had parted ways in 1994, they are giving nightmares to Ram Paswan-Sushil Modi combine just six months short of a fresh round of ballot in Bihar. Ten by-elections are due in the state.

At the moment, Lalu-Nitish making common cause with the Congress doesn’t look very bright. Firstly, the Grand Old Party (GOP) is not a force in Bihar. Secondly, Lalu expects RaGa (Rahul Gandhi) to take the initiative just as he forced Nitish for a rapprochement. Thirdly, the mother-son combine is pre-occupied with sulking, and is shying away from the politics of grace. Lastly, the GOP leadership has not given up its penchant for the Antony mark post-mortem on what had gone wrong at the hustings. So, unless SoGa (Sonia Gandhi) and RaGa learn to put their best foot forward, and try to occupy the high ground, the non-saffron parties will have no time to spare for them.

L’affaire Caged Bird shows the Congress has miles to go before it reinvents itself in the NaMo era. Even before the Union Home Secretary (HS) delivered the pink slips, the Congress should have asked its leaders in various national commissions and Raj Bhavans that dot this land called Bharat to quit. In fact they should have walked suo moto into their sun set. Dubbing the pink slips as vendetta politics, and googling for what L K Advani had said against summary sacking of governors are no more than clutching straw for safety during a hurricane. What the BJP patriarch had said was in the days he was the Lauh Pursh. Not now. Today he is engaged in his own search for a straw mat.

Any change in corporate management is accompanied by restructuring of the enterprise which is a respectable way of delivering pink slips. More over the newly anointed CEO is known to bring in time-tested loyalists. This is what NaMo plan for Raj Bhavans is in essence.

A Telugu bidda, who was amongst the first generation Governors, had described the Raj Bhavan as a Parrot’s Cage in the Nehru days. Ramlals, Kumudbens. Bharadwajs and Beniwals, who have followed him, had ended up as caged birds, instead of being a guide-philosopher to the Chief Minister. NTR’s experience in Hyderabad and NaMo’s in Gandhinagar show that the institution of Raj Bhavan has been devalued beyond repair. It deserves to go. There is no need for such posts of sinecure in today’s India.