Is there a hidden agenda behind the JFFC report? 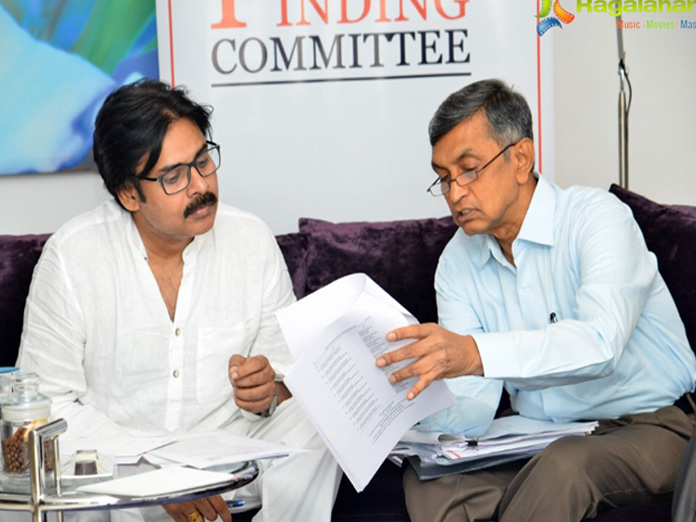 The Joint FactFinding Committee JFFC constituted by Pawan Kalyan gave its report on the amount to be resolved between the state government of Andhra...

The Joint Fact-Finding Committee (JFFC) constituted by Pawan Kalyan gave its report on the amount to be resolved between the state government of Andhra Pradesh and the central government about ten months back. Soon after that Jayaprakash Narayan convened another committee of independent experts.

In the initial days there was a lot of publicity for this independent expert group but suddenly the committee went into hiding and nothing was heard about it till one day a week back JP held a press conference and announced Rs 85000 crores as due from Government of India to the state government. The report of the committee raises more questions than it answers and it would be worthwhile to recapture what actually happened in the JFFC convened by Pawan Kalyan before we examine the contents of the independent experts group.

Information for the JFFC convened by Pavan Kalyan came from the state government and the JFFC did not make any sincere effort to obtain information from Central Government other than making a request under the RTI Act. When the report was about to be finalised I raised the point that it would not be proper to show the amounts as due from central government when the report is not discussed with the centre and they were not taken into confidence and it should only be shown as amounts to be resolved between the centre and the state.

My point of view was accepted by the committee and accordingly the report was prepared showing these amounts to be resolved between the central and state government. In the press conference where the report was presented JP took the lead and presented as if these amounts are due from Government of India and accordingly this perception went deep into public mind contrary to what is written in the report. I tried to correct it stating that these amounts are to be resolved between both the governments but the same did not get register.

This particular point applies with greater significance to the present expert group. The objectives of the group refer to acting as a civil society initiative to bridge the gap between the state and the centre and help resolve the dispute. They had full ten months time to do this by approaching central government obtain their point of view and incorporate the same in the report. No such effort was made by the committee. Committee finalised a one- sided report based upon the information furnished by the state government. The timing of the release of the committee report also looks suspicious.

The issues involved are not too many nor too complicated. If the committee seriously applied to the issues report could have been finalised within two months of release of Pawan Kalyan's JFFC report. Then there could have been time for a more meaningful discussion on this expert group report as well. Instead of doing that releasing a report just at the time of elections that too without obtaining or incorporating the point of view of the Government of India makes the whole exercise highly suspicious. The committee consists of eminent people who are non-controversial. Unwittingly they seem to have been misled to be a party to a hidden agenda. Though the foreword of the report quotes CP Scott to say "facts are sacred" but the committee seems to have got its facts wrong on a number of issues.

Let us take the issue of development assistance to backward regions. Comparing it with Bundelkhand package committee concluded an amount of Rs 24000 crore is to be released to Andhra Pradesh. The Bundelkhand package consists of a number of ongoing projects aggregated into one. In all such packages there will be huge differences between the allocations and actual releases. The backward area fund released to Andhra Pradesh is an untied fund of 50 crores for district for a period of 6 years.

Without disintegrating Bundelkhand package of the other schemes and without actually getting the details of actual releases as against allocations it may not be proper to compare the Bundelkhand package and insist on release of Rs 24000 crore. Further while discussing backward area development committee acknowledged wide disparities between regions in Andhra Pradesh and felt to achieve regional balance 85 per cent of the investments coming into the state should go into these backward regions.

Based on the above reasoning committee should have questioned the state government for concentrating all the investments in a particular region to the detriment of other regions. The committee has not referred to this skewed developmental process in its report, being followed by the Andhra Pradesh government.

Regarding institutions of eminence the appropriate comparison could have been whether there was any unusual delay in setting them in Andhra Pradesh compared to the way they were set up in other states.

It is not new to government of India to setup institutions like IIMs and IITs. Instead of doing that comparison committee aggregated amounts which are to be released over a period of time for completion of these institutions and gave a misleading impression as if 10000 crores are due immediately under this account.

Regarding the resource gap for 2014-15 the committee went beyond the figure of 16000 crores arrived by the CAG and determined it as 19000 crores including the deferred bills but qualified only 10000 crores for reimbursement. This can only be sorted out when Government of India is made a party to the dialogue.

Regarding Polavaram project, the committee blindly believed the State Government information that the project with a certain height would be completed before 2019 without examining the feasibility of the same. I wish committee had gone deep into the whole issue and recorded its views on the reasons for slow progress of the project for last four years even though the state government took it over promising to complete it early and the reasons why there were frequent revision of estimates without a proper basis.

Industrial incentives committee concluded is going to be the most complex tricky and contentious issue. With views expressed on the tax incentives and recommendation of the special package one has to conclude the committee felt special category status as understood generally may not be feasible. The tax collection and refund anamoly mentioned by the committee needs to be addressed immediately.

Timing of the release of the report just before elections without making even an effort to discuss the matter with the Government of India and incorporate their point of view does give rise to a suspicion whether there is a hidden agenda behind the report. On most of the issues the committee has not got its facts right. Further by aggregating and showing amounts to be released over a period of time a false impression is given as if 85000 crores are due from Government of India today itself.

Already AP chief minister started reacting to the report and of writing to government of India based on this report of Jayaprakash Narayan. Maybe a more proper approach would have been to first find out Government of India viewpoint and make the report more balanced so that it could have provided the basis for a solution to the problem. Instead now it may end up as a tool in the hands of certain political interests to show central government in bad light using this report just before the elections without any proper basis.