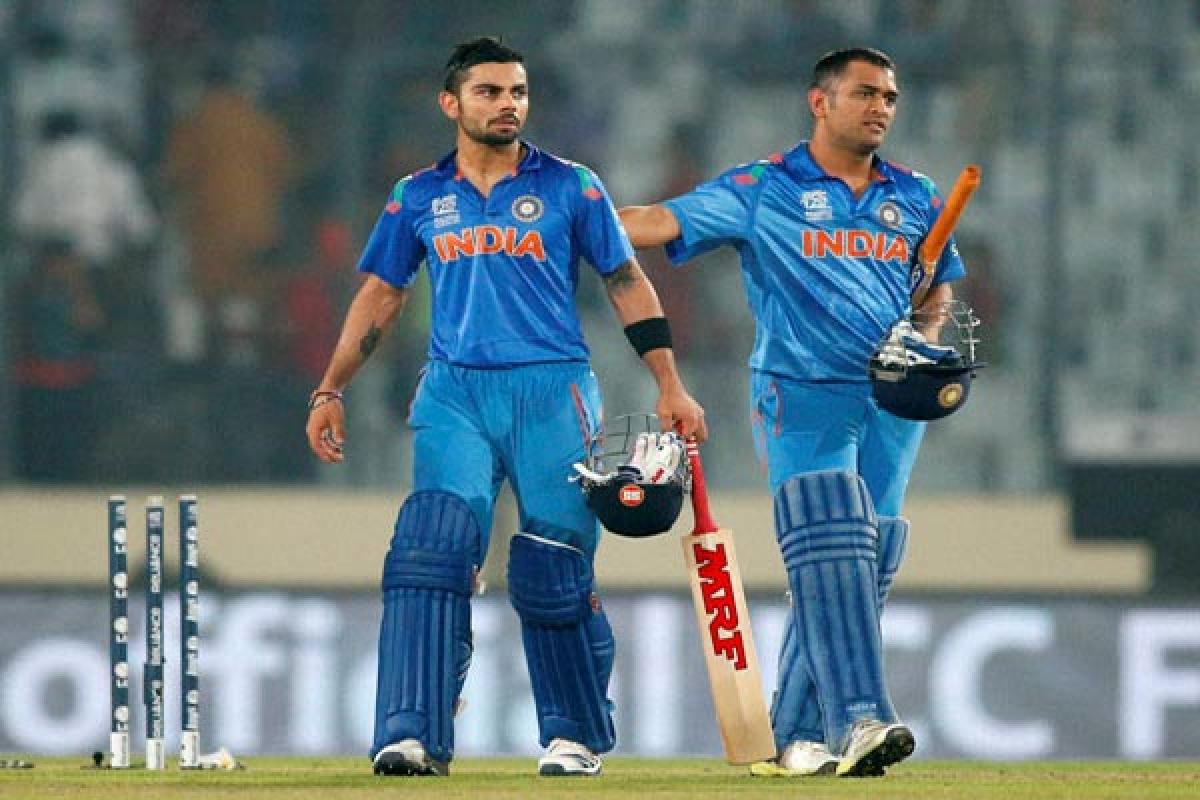 Way back in the year 2000, Team India was going through a tough phase when some of the big names of the team were found guilty with their involvement in match fixing. Those were dark days for Indian cricket, and the game was never the same again.

Way back in the year 2000, Team India was going through a tough phase when some of the big names of the team were found guilty with their involvement in match fixing. Those were dark days for Indian cricket, and the game was never the same again.

It was heartbreaking for almost everyone involved in it—from the players to the fans. Several questions were raised related to captaincy and about the future of Indian cricket. But then came, the Bengal Tiger . Sourav Ganguly’s leadership skills and aggressive nature on the field became a strength of the Indian team from their onward. Harbhajan’s hat-trick and the very very special partnership between Dravid & Laxman against the great Australians under the captaincy of Ganguly, gave the nation a much-needed comeback, which has remains deeply etched in the memories of the fans. The combination of Sourav and coach John Wright gave crucial victories to the team.

After his successful captaincy, when MSD took the command in 2007, the team was well-balanced with star performers still there in the side, apart from when India took to the field for the World T20.

Under Dhoni’s captaincy, team had won the World Cup in 2011 that gave Sachin the only thing missing in his career. Now, as MSD has retired from Test cricket, all the responsibilities are on the shoulders of Virat Kohli. Sourav Ganguly single-handedly took India to 2nd rank, Captain Cool ‘Dhoni’ took the team to number 1. Now, VK has the tough task of bettering them. However, Dhoni is still team’s limited-overs captain and would be hoping to win as many matches as he can.
Both present captains of India are different in nature, style, records, and thoughts. Here, we try to showcase the differences between Captain Cool ‘MSD’ and Captain Courageous ‘Kohli’:

One of the major differences between the duo is that both have different takes on the game’s situation. The Adelaide test of 2014 is the perfect example to prove it. India were 277/5, chasing 364 to win. Most captains would settle for a draw in a situation like that. Virat, who scored two centuries in that match, however, asked his team to go for the win. India eventually lost the match by 48 runs.
On the other hand, Dhoni was considered to be defensive in most of the cases. Compare that with the Durban Test of 2013, where Dhoni didn't take the 2nd new ball when it was due. In fact, the umpires had to intervene and India finally took the new ball 66 overs after it was due. At that time, the Proteas were 251/4, but MSD decided not to attack. Rahul Dravid later criticized captain cool’s defensive mindset, saying MSD will have to take risks to win matches overseas.

Aggression doesn’t mean sledging always. But for captain like Kohli, it might be. Virat is someone who loves to be aggressive on the field through his batting, fielding, and body language. We have seen in some cases like in the IPL, when the former opener Gautam Gambhir and Kohli exchanged some harsh words in between the game.
Dhoni, on the other hand, can stay the same throughout the match. He loves to handle situations his way by remaining calm and composed. He never lets his emotions get the better of him.

Experienced Dhoni always preferred to strengthen his batting in Tests. The 7 batsman- 4 bowlers formula is what he used the most during his time at the helm. In fact, in the 60 Tests that Dhoni had captained, he used 5 bowlers only 9 times.
Kohli has a different mindset in Tests as he made it clear that he likes 5 bowlers formula as it gives him a better chance to take all the 20 scalps in a match. Even in the ongoing Test series against Windies, he went with the same formula and registered a comfortable win in the first Test.

Another major different between them is their take on Decision Review System (DRS). India’s limited-overs captain has never been a fan of DRS and has opposed this system on various occasions. While the new Indian Test Captain has said, “We will have to sit and analyze and ask the bowlers what they feel about it. Ask the batters what they feel about it. We will definitely have discussions on it."

There is a huge contrast in how the duo addresses media and answers tough questions. Although Dhoni is known to create a funny atmosphere in press conferences with his sarcastic responses, but more than often he has chosen to sidestep uncomfortable questions related to IPL spot-fixing and betting scandal.

On the other side, Virat never shies away from tackling tough questions, even those which are related to his personal life. When he was asked whether he is in a relationship with Bollywood beauty Anushka Sharma, he said, “Whatever there is, it's in front of everyone. We are not hiding anything; we are not trying to hide anything. I don't want to hide anything."

Both MSD & VK are different, yet their motive is same i.e., to win matches for the country. Luckily Team India has had some astute leaders in recent past, and now it has been handed over to another person who surely loves to win in any situation.