New Davis Cup to look to next generation of tennis talent 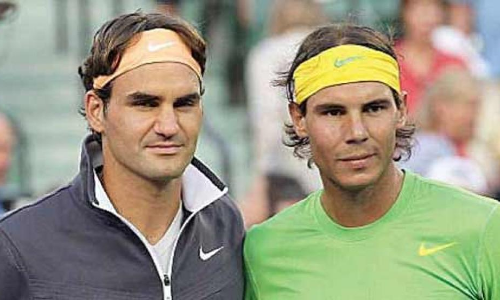 The Davis Cup can succeed even without the likes of Roger Federer and Rafael Nadal as the reformed tournament will target a new generation of tennis stars, the International Tennis Federations chief operating officer has said

Madrid: The Davis Cup can succeed even without the likes of Roger Federer and Rafael Nadal as the reformed tournament will target a new generation of tennis stars, the International Tennis Federation’s chief operating officer has said.

Gerard Pique, the Barcelona defender and president of Kosmos, who are promoting an updated version of the 118-year-old competition, was optimistic last week when asked about the participation of Nadal, Federer and Novak Djokovic.

There were also caveats, however, that all seem likely to materialise. Pique said Djokovic would play if there was no conflict with the ATP, who are yet to back down over plans to hold their own World Team Cup in January.

Nadal’s involvement apparently relies on his fitness but the 32-year-old’s body is at its most vulnerable at the end of the season. He has withdrawn from six of the last 14 ATP Finals due to physical issues.

For Federer, Pique insisted the “door remains open” but the Swiss is the least likely of the three to take part, given how selectively he manages his schedule these days.

It leaves the ITF, who run the Davis Cup, looking beyond the sport’s most celebrated male trio, and ahead to the next generation.

“That’s one of things we want to do,” said ITF chief operating officer Kelly Fairweather.

“We know Croatia are playing in the final this year and both (Marin) Cilic and (Borna) Coric are supportive. (Alexander) Zverev is a big one too and after conversations Gerard had with him in Shanghai I think he’s more open now.

“Take the football World Cup in the summer. Italy didn’t qualify and it wasn’t the end of the world, the tournament still went ahead.

“If you have 18 teams and you have the best nations playing, it can still be a success. We’re convinced the collective is bigger than the individual.”

The new format will involve a qualification tournament in February, from which 12 teams will reach the finals in November, along with the previous four semi-finalists and two wild cards.

The finals will take place at the Caja Magica in Madrid between November 18 to 24, but the concern is players usually take time off around this period.

“There are ongoing discussions about the calendar but for the time being we’re committed to November,” Fairweather said.

“The benefit is players know when and where it will be. It’s much easier for them to plan.”

Many may choose to prioritise the convenience of the ATP’s Team World Cup at the start of the season in January, over the Davis Cup’s history and prestige.

The hope remains that the ITF and ATP can find an agreement to avoid the two tournaments rubbing up against each other.

“We’re keeping those channels wide open,” Fairweather said. “If there’s a will there’s a way but it’s going to take some compromise on both sides.”