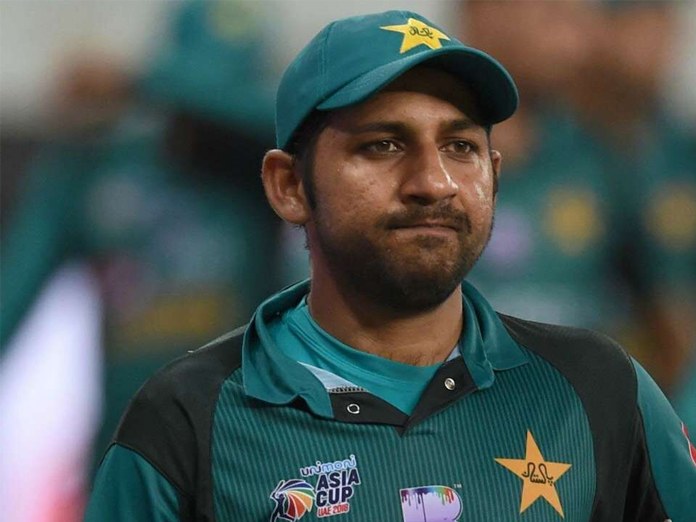 Karachi : The Pakistan Cricket Board (PCB) on Sunday expressed disappointment at the ICC’s decision to suspend its captain Sarfaraz Ahmed for four matches for his racist comments on a South African player during an ODI match in Durban.

The PCB said that it thought the matter to have been resolved amicably after Sarfaraz apologised to Proteas all-rounder Andile Phehlukwayo. Sarfaraz was on Sunday suspended for four matches by the International Cricket Council for his racist comments against Andile Phehlukwayo during the second one-dayer on January 22.

After the ICC announced its decision, the PCB issued a statement expressing surprise at the ban imposed of Sarfaraz. “The PCB notes the ICC decision on Sarfaraz Ahmed with its utmost disappointment.

PCB had anticipated that the matter had been resolved amicably between the two players and the two Boards following Sarafraz Ahmed's public apologies, which were accepted by the player, the Board and South Africa cricket team,” the statement said.

“The PCB will be pursuing this matter at the ICC forums with the objective to bring reforms to the Code, promoting amicable resolutions to issues as opposed to penalties. Having said that, the PCB reiterates its zero-tolerance approach towards racist comments and behavior,” it said.

The PCB also announced that Sarfaraz would be returning home immediately from South Africa.

Sarfraz was heard on stump microphone of making racist remarks directed at Andile Phehlukwayo. “Abey kaalay, teri ammi aaj kahan baitheen hain? Kya parhwa ke aya hai aaj tu? (Hey black (man), where is your mother sitting? What prayer did you get her to say for you today)?” Sarfaraz was heard as saying.

Shoaib Malik will captain the team for the remaining ODIs and T20 internationals while Mohammad Rizwan has been included in the T20I side.

A PCB source said that the Board was unaware that Sarfaraz would be suspended for four matches when it named him on Saturday to lead the team in the T20 series in South Africa, beginning on February 6.

“We were not aware what penalty the ICC would impose on him and and when. There was some doubt if Sarfaraz would face a ban after he had apologised publicly and in person to the South Africa players including Andile Phehlukwayo,” a PCB official told PTI on Sunday.