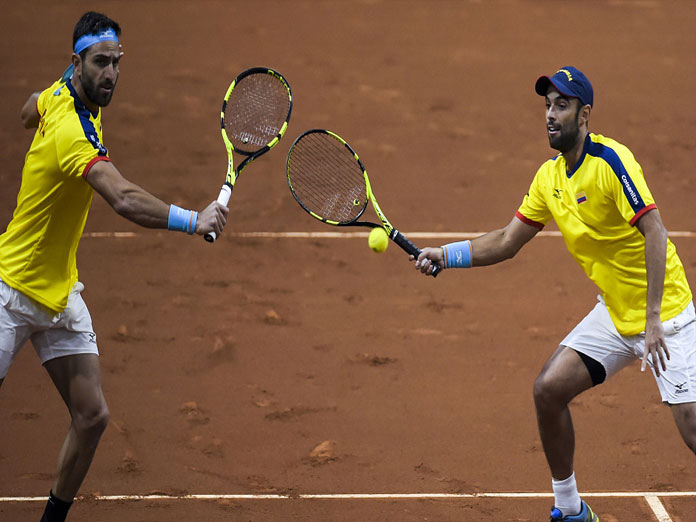 Bogota:Colombia secured a berth in the Davis Cup finals by completing a 4-0 rout of Sweden in their qualifier here.

Having taken a 2-0 lead after Friday's singles matches, the hosts on Saturday secured an unassailable 3-0 lead when Juan-Sebastian Cabal and Robert Farah defeated Robert Linstedt and Markus Erikkson 6-3, 6-4 in the doubles, reports Xinhua news agency.

Alejandro Gonzalez then beat Elias Ymer 6-3, 6-3 in the dead fourth rubber on the clay court of Palacio de los Deportes.

The result earned Colombia a place in the newly-created Davis Cup finals, to be played in Madrid from November 18 to 24. It will be the South American nation's first appearance in the final stage of the world's premier international team tennis event.

"The dream is a reality right now," Colombia captain Pablo Gonzalez said. "It's a gift for the team and for the country, for Colombia. We fight a long time to see this for friends, team, coaches, federation, sponsors, media. Everyone together, we're living this dream."

Sweden team captain Johan Hedsberg said: "The altitude was very, very tough for us. If I were the Colombian captain I would have picked the same place to play (Bogota).

"Of course, we wanted to win and go on, but the Colombian team was too good for us at this high altitude. In doubles, the other guys are like No. 5 in the world so I would say they're too tough for us."