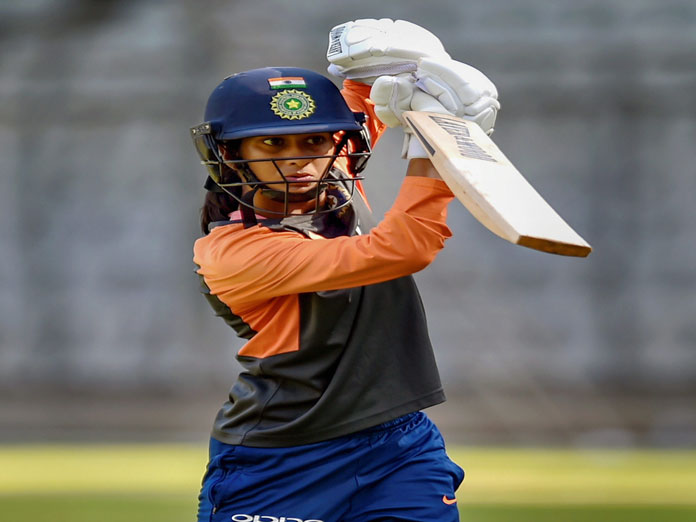 Their tails up after a moraleboosting win in the opener, a confident Indian women team would look to seal the threematch series against world champions England when they meet in the second cricket ODI here on MondayIndia women couldnt have asked for a better start to the series, defeating the current world champions by 66 runs in the opener at the Wankhede Stadium on Friday

Mumbai: Their tails up after a morale-boosting win in the opener, a confident Indian women team would look to seal the three-match series against world champions England when they meet in the second cricket ODI here on Monday.India women couldn’t have asked for a better start to the series, defeating the current world champions by 66 runs in the opener at the Wankhede Stadium on Friday.

The win not only gave a fillip to their confidence but also enabled India grab crucial two points in the ICC Women’s Championship as the race for securing direct qualification spots for the 2021 World Cup heats up. India need to hold on to its position in top four of the world rankings till 2020 to get a direct berth in the 2021 World Cup and in this context, a second successive victory on Monday would do a world of good for the hosts.

The hosts have a lot of positives to take from the win, especially the clinical performance of its bowling unit led by left-arm spinner Ekta Bisht. Bisht starred with the ball with figures of 4 for 25 as Indian spinners made England dance to their tunes. England batswomen struggled in the middle overs as they failed to counter the variety provided by Bisht, leg-spinner Poonam Yadav and off-spinner Deepti Sharma (2/33).

Upfront veteran Jhulan Goswami (1/19) and Shikha Pandey (2/21) gave India a perfect while defending the modest 202-run target. On the batting front, young opener Jemimah Rodrigues has been in fine touch while Smriti Mandhana, who made 24, would be looking to make up for the lost opportunity in the series opener.

Skipper Mithali Raj, who made 44 and is still going strong in the 50-over format, is the backbone of India's batting line-up but she would look for support from the likes of Deepti Sharma, Mona Meshram and young Harleen Deol, who got a chance in place of injured Harmanpreet Kaur, Going into Monday’s game, the only cause of concern for India is that they frittered away a good start provided by openers Jemimah and Mandhana.

The duo shared 69 runs for the first wicket to set the platform for a big score. But the middle-order fumbled and it was then left to Mithali and wicket-keeper Tania Bhatia (25) and later Goswami (30) to do the resurrection work. Stunned by the defeat, England is expected to come out strongly to remain in the hunt and keep the series alive. But the real challenge for England would be to figure out how to deal with India’s spin trio in helpful conditions.

Skipper Heather Knight is leading from the front but she needs support from the likes of Danni Wyatt, Sarah Taylor and Tammy Beaumont. All-rounder Natalie Sciver too had a good outing with both bat and ball in the last game. England’s bowling, on the other hand, has been impressive and the visitors have the firepower in Sciver, Sophie Eccelestone, Georgia Elweiss and experienced pacer Anya Shrubsole to trouble the Indians.