8 Takeaways for Apple, Google and Others from App Annie 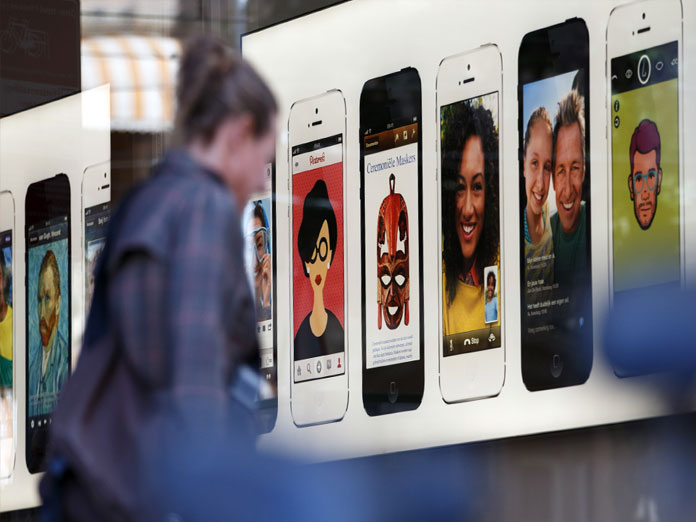 Annually consumers are spending over 100 billion via app stores like Apple AAPL, AlphabetGoogle GOOGL and others, but the rate of growth has reduced a bit

Annually consumers are spending over $100 billion via app stores like Apple (AAPL), Alphabet/Google (GOOGL) and others, but the rate of growth has reduced a bit.

An eye-opening report has been released by App data and analytics firm App Annie about how consumers are using and spending money on apps around the world. You will find some notable findings from the report, along with some from prior reports published by App Annie and peer SensorTower.

1. Spending on App Stores Is Now Growing at a High-Teens Percentage

App Annie calculated approximately that total spending on transactions handled by the iOS App Store, Google Play and Chinese Android app stores run by the likes of Tencent (TCEHY) and Baidu (BIDU) increases about 17% in 2018 to $101 billion. That's less from nearly 50% growth in 2017. In addition to a maturing smartphone market, a strong dollar and the Chinese government's recent halting of license approvals needed to monetize games appear to have played a role in the reduction.
App Annie observes the growth improvement little this year, estimating that spending will rise up to 19% in 2019 that will be around $120 billion. The fact that Chinese authorities have started granting game monetization licenses certainly can't harm.

2. App Store Spending Is Still Ahead of Google Play Spending

Apple and Google take a 30% cut on transactions that go via their app stores, apart from a portion of the subscription billings that they handle. Higher average incomes are somewhat responsible for the App Store's continued revenue lead.

App Annie considers spending on games within app stores has increased 13% last year and accounted for 74% of total spending, in spite of accounting for just 35% of downloads. The growth rate would have been a little advanced if not for a late-2018 swoon in Chinese game spending, which say only 4% full-year growth thanks to the license approval halt.

When compared the App Store and local Android app stores, App Annie thinks China accounted for nearly 40% of consumer app store spend in the year 2018. The firm earlier calculated approximately that Chinese App Store spending had outshined U.S. App Store spending in 2016, that $27.7 billion had been collectively spent via China's App Store during 2017 and that the average Chinese iPhone user used 41 iOS apps per month in 2017.
Apple's recent Chinese sales pressures are somewhat due to the popularity of Tencent's WeChat platform, which decreased Apple's ecosystem stickiness in China. While there's no denying WeChat's importance to Chinese consumers, there's a lot of evidence recommending many of the country's iPhone users are hooked on Apple's ecosystem as well.

5. Spending on Subscriptions is Growing

App Annie expects non-gaming apps accounted for 26% of app store spending last year, more than 18% in 2016. Subscription purchases made within apps specifically for video and dating services are said to be driving much of this growth.

Recently Netflix announced that it would stop supporting in-app subscription sign-ups within its iOS app, had the top-grossing video app in most hefty markets. Two exceptions were China, where Netflix's service isn't available, and Japan, where it's No. 2 behind live-streaming app Showroom. YouTube was one of the five top-grossing video apps in many big markets. YouTube's considerable mobile ad revenue doesn't go through app stores.

6. In Emerging Markets, Time Spent on Apps Continues to Raise

Other than Chinese consumers and iOS users, App Annie says time spent on mobile apps increased 50% from 2016 to 2018. The firm also detects that average daily time spent is often higher in emerging markets where a smartphone is often a consumer's only computing device.

Android users in Indonesia are assessed to spend more than four hours per day using apps. Over three hours are spent each day by users in China, Thailand and Brazil, while Indian users spend slightly less than three hours. In France and Germany, the time spent is around two hours.

7. Time Spent on Social Media and Messaging Apps is Increasing

Time spent on social media and "communications" apps is believed to have increased 35% from 2016 to 2018 and is calculated to have accounted for 50% of total time spent on apps last year. And outside China, Facebook's (FB) various apps, reported by the company to collectively have over 2.6 billion monthly active users (MAUs), continue accounting for a huge portion of this activity.
Among social and communications apps, Facebook Messenger, core Facebook, WhatsApp and Instagram are ranked No. 1, 2, 4 and 5 respectively in terms of downloads last year. Especially, WhatsApp, which Facebook is just beginning to monetize, outshine the core Facebook app in terms of MAUs towards the end of 2018.

According to the forecast both Facebook and Google: App Annie expects mobile ad spending to grow 30% globally this year, and in the U.S. by 29% The firm adds it expects mobile to account for 62% of a $155 billion global digital ad market in 2019, up from 50% in 2017.