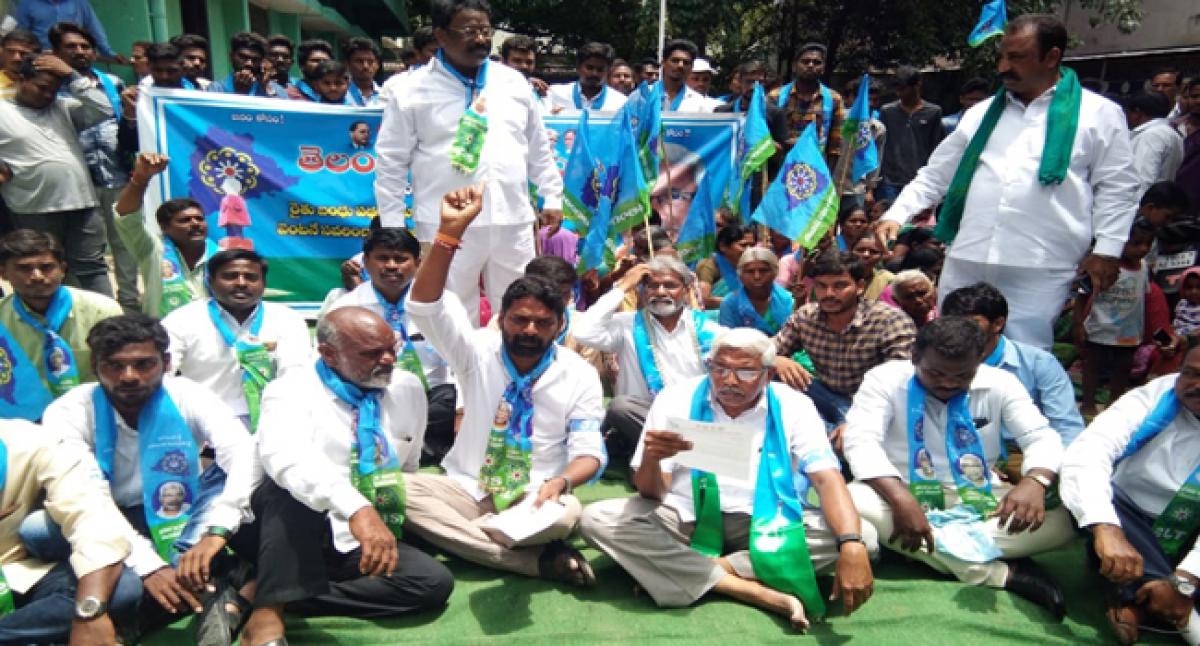 He, along with a large number of TJS activists, staged a dharna at Kazipet tahsildar office on Thursday and submitted a memorandum to the tahsildar. Earlier, they took out a protest rally in the streets of Kazipet.

Speaking to the press on the occasion, Kodandaram said during a recent survey by the TJS on land records purification and Rythu Bandhu Scheme (RBS), large scale of irregularities was found and farmers were troubled a lot because of such irregularities.

There were many mistakes in recording the land holdings of farmers, the names of fathers and surnames of land holders in the newly-issued pattadar passbooks. When farmers approached the village revenue officers seeking to rectify the mistakes they were demanding bribe to do so, the TJS leader complained.

Hence, the State government must take steps to correct the land records to ensure justice to the farming community, Kodandaram demanded and added that stern action should be taken against the erring Revenue officials.

Referring to the RBS, he said a ceiling on the land holding must be imposed in the schemes’ implementation. Rs 4,000 per acre assistance given under the scheme must be confined to farmers having 10 acres land alone.

“There is no need of offering financial assistance to landlords with huge extent of lands and those not cultivating their lands. Many rich farmers are returning the RBS cash cheques and it indicates loopholes in the scheme,” Kodandaram averred.

He dismissed Chief Minister K Chandrashekar Rao’s notion that extending RBS to tenant farmers was not legal. There were laws to protect the rights of tenant farmers and the government recognised them and hence, they should be given crop input support, he argued. TJS leaders Ambati Srinivas, Botla Biskhapathi, Tirunahari Seshu, Shyamsunder Reddy, Kalluri Pavan and others were present.