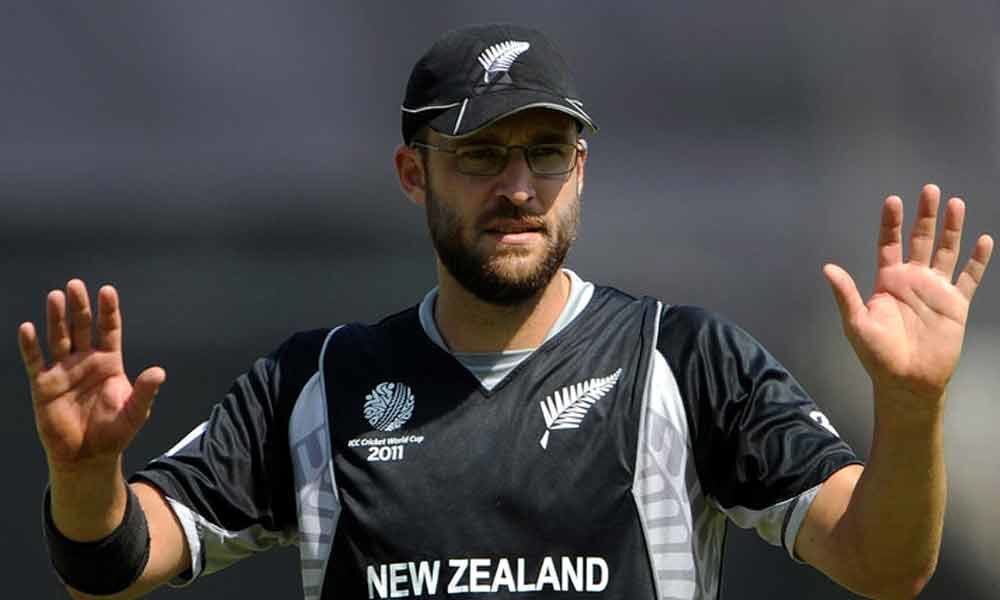 Former captain Daniel Vettori said Sunday's World Cup final between New Zealand and England will be "extra special" considering there would be a first-time champion.

London: Former captain Daniel Vettori said Sunday's World Cup final between New Zealand and England will be "extra special" considering there would be a first-time champion.

"Both teams will be very excited about reaching the World Cup final, and the crowning of a first-time winner makes it extra special," Vettori wrote in his column for the ICC. "...One of these teams getting across the line for the first time is going to be really exciting. "Sri Lanka in 1996 were the last first-time winner - that win swept the country and I think it would be exactly the same for New Zealand," he added. The left-arm spinner felt the final would be a 50-50 game.

"It's a 50-50 game and that's how both teams will view it. Virat Kohli said earlier in the tournament that if a team plays well, they can beat anyone and if they don't, anyone can beat them. "Both captains will view it that way, the two have immense respect for each other and there will be lots of camaraderie between the sides. They play in a similar spirit and, whatever the result, it will be a great showcase for the game of cricket," said Vettori.

"They both have the skill and the initiative to think on their feet and we've seen them at their bests in the past couple of games." The 40-year-old said England's Eoin Morgan and Kane Williamson of New Zealand have probably been the best captains in this World Cup and it's fitting to see them face each other in the final. "There's a real enjoyment about being in a final, just being there means you've had a really good competition and so you have a chance to celebrate that," Vettori said.

"It's a nice way to go into the game, and the way Eoin Morgan and Kane Williamson are approaching it, you can tell they're confident while being respectful about their opposition and how well they can play. It's a chance to watch too really great leaders. "Both teams will be confident and rightly so, they've both shown they can fight their way through difficulty so hopefully it's all set up for a really fantastic match at Lord's," he added. Six members of New Zealand's squad have played in a World Cup final before and Vettori said it would be vital for the team's chances.

"Williamson, Taylor and Martin Guptill were there in 2015, so to have three of the top four batters knowing what it's like is really key, particularly with the experience they possess. "They can replay what they went through four years ago, the emotion and experience is very unique, and there are very few people who get to play in back-to-back World Cup finals," He said it will be interesting to see how the Kiwi top order deals with the challenge of Chris Woakes and Jofra Archer, who have been almost impeccable in their last three or four games.

"That will go a long way in deciding the game, how New Zealand can start and how they can counter, and having that experience in there is so important. It will hold them in really good stead, they've dealt with it all before. "But it's not just the batsmen, Trent Boult, Matt Henry and Tim Southee were there in Melbourne, the core members of the side have been there before and faced that challenge," said Vettori.