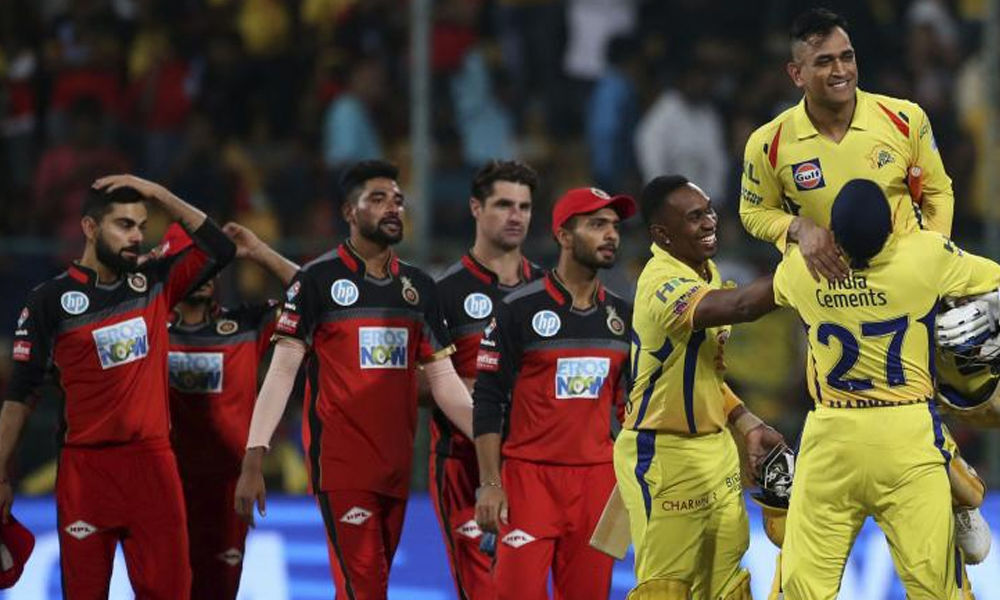 The Indian Premier League is the most popular T20 tournament in the world and every cricketer wants to be a part of this extravaganza. As the 12th...

New Delhi: The Indian Premier League is the most popular T20 tournament in the world and every cricketer wants to be a part of this extravaganza. As the 12th edition of the tournament begins from March 23, here's a look at the most embarrassing records in the league over the years.

Lowest Team Score in IPL: Royal Challengers Bangalore who are widely regarded as the best-batting lineup in the tournament, scripted the worst ever team total in the history of the tournament.

The team was bundled out for a paltry total of just 49 runs by the Kolkata Knight Riders in a group stage encounter in the 2017 edition at Eden Gardens, Kolkata.

RCB were chasing a target of 132 runs, but no batsman was able to reach double figures and the team was bowled out under ten overs.

Most extras bowled in a match: Deccan Chargers hold this record as they conceded the most number of extras (28) in a match against KKR in the year 2008.

Most runs conceded in a spell: Basil Thampi holds this unwanted record as he conceded 70 runs in his four overs against RCB. He was playing for Sunrisers Hyderabad when he gave away this many runs.

Most number of ducks in IPL: Harbhajan Singh holds the record as he has been bowled out without troubling the score for 13 number of times.

Most number of losses for a team in IPL: When it comes to losing matches, Delhi Daredevils come to the forefront as they have lost a record number of 91 matches in eleven seasons.

Chennai Super Kings will take on Royal Challengers Banglore in the opening match of IPL on Saturday, March 23.