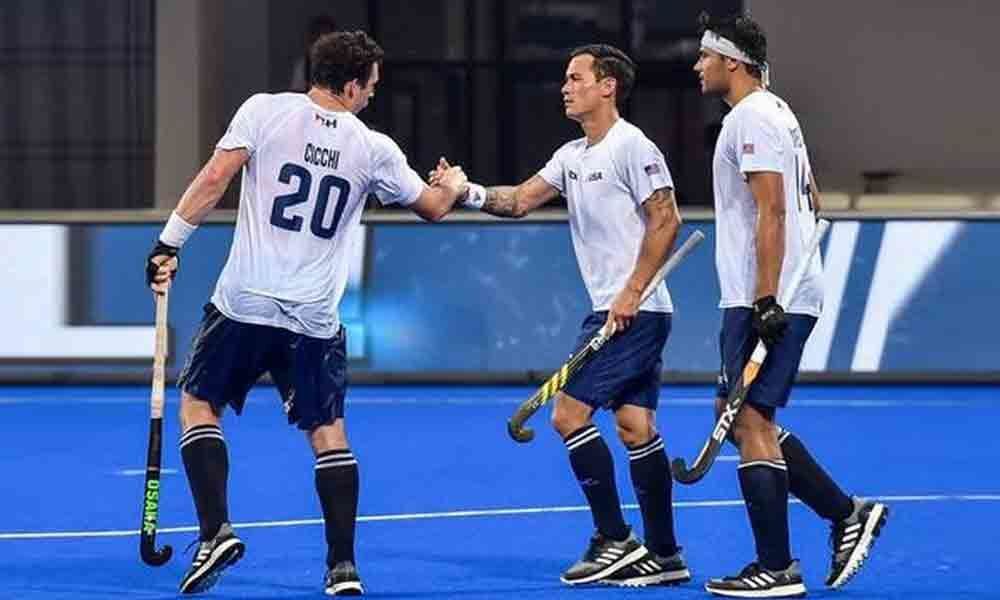 The USA continued a fine run and held Asian champions Japan 2-2 to qualify for the semi-finals as Pool B toppers in the FIH Series Finals hockey...

Bhubaneswar (PTI): The USA continued a fine run and held Asian champions Japan 2-2 to qualify for the semi-finals as Pool B toppers in the FIH Series Finals hockey tournament, while South Africa blanked Mexico 6-0 to make it to the cross-overs here Monday.

The match between world no. 18 Japan and world no. 35 USA witnessed a hard-fought first two quarters but both the teams failed to break the deadlock till half-time. Deegan Huisman (41st, 51st minutes) scored a brace for the Americans to give Japan a few nervous moments.

After Kenta Tanaka's goal in the 45th minute, Japan were made to fight hard and finally managed to draw level a minute before the final hooter through a penalty corner conversion by Shuguru Hoshi.

Both Japan and USA have seven points from three games but the Americans, who have impressed one and all in the tournament so far, finished on top by virtue of better goal difference.

Later in the last Pool B match, world no. 16 South Africa thrashed 39th ranked Mexico to stay afloat in the tournament by making it to the cross-overs having finishing third.

Matthew de Sousa (1st minute), Nicholas Spooner (17th), Nqobile Ntuli (32nd), Austin Smith (50th), Richard Pautz (53rd) and skipper Keenan Horne (58th) sounded the board for South Africa. While USA directly qualified for the last-four round from the pool, Japan and South Africa will have to go through the cross-overs to make it to the semifinals.