Karmakar will return to gymnastics when fully fit, says coach 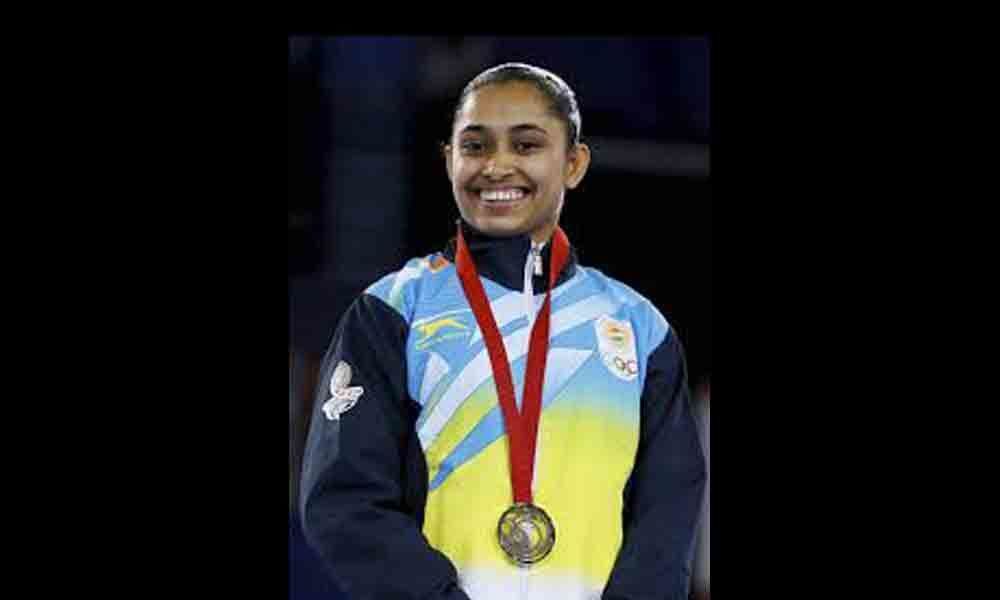 With dark clouds hovering over Dipa Karmakar’s participation at the 2020 Tokyo Olympics, coach Bisweswar Nandi on Thursday said the gymnast was doing everything possible to return to action as soon as possible.

Kolkata (IANS): With dark clouds hovering over Dipa Karmakar's participation at the 2020 Tokyo Olympics, coach Bisweswar Nandi on Thursday said the gymnast was doing everything possible to return to action as soon as possible.

"We are doing everything we can to get back competing as soon as we can," Nandi told IANS over phone, and added we won't rush her rehabilitation.

"Let's not jump the gun and say she is missing the Olympics and all that. I won't rush her just for the sake of competing. She will get back when she feels she can perform to her best," said the coach.

Karmakar's rehabilitation after a knee injury is taking longer than usual, forcing her out of the Asian Championships scheduled in Mongolia from June 13-16.

The Tripura girl, who missed out on a medal by a whisker at the 2016 Rio Olympics, is also doubtful for the World Championships in Germany, starting October 4-13, which will serve as the qualifying event for the Tokyo Olympics.

For gymnasts to seal an Olympics berth, the qualification system comprises eight World Cups. The top three in these events make the cut.

Dipa, currently in her hometown Agartala, aggravated her knee injury while participating in the Baku World Cup in March. She has been recovering since then and could not take part in the World Cup in Doha, losing crucial ranking points in the process.

"Dipa will return to gymnastics, I can promise you that," Nandi said.