KKR vs RCB: Bangalore up for challenge 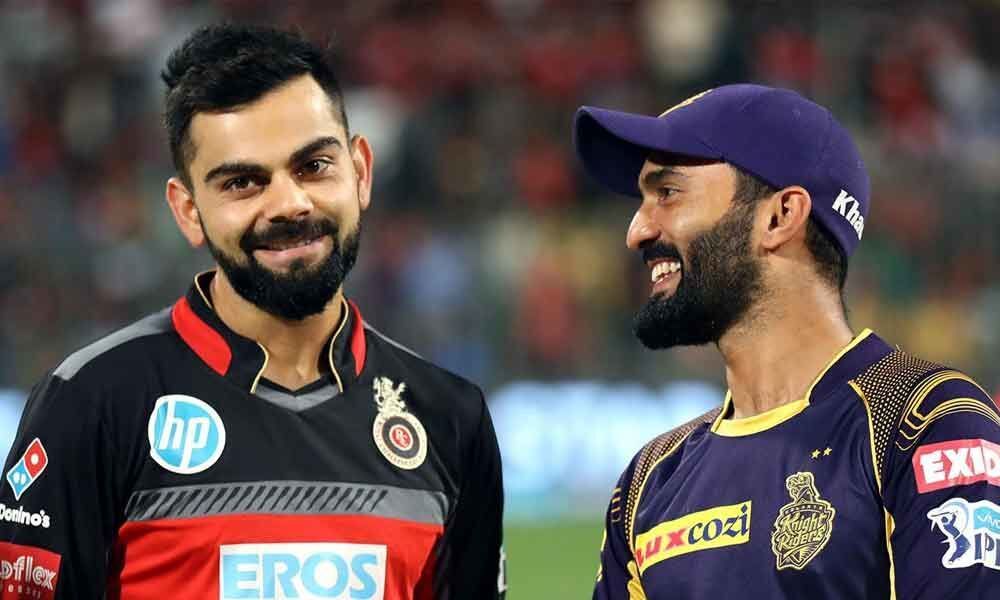 Andre Russell has suffered an injury scare after being hit on his left shoulder by a bouncer during their practice.

Kolkata: Their house in complete disorder after seven defeats from eight outings, the Virat Kohli-led Royal Challengers Bangalore will be desperate for a win to stay afloat in the IPL when they take on Kolkata Knight Riders here on Friday.

It would be a great opportunity for the Bangalore outfit to post a win against an opponent who are low on confidence having slipped from second to sixth position in the points table after suffering three straight defeats.

In fact, to make matters worse, Kolkata's dangerman Andre Russell has suffered an injury scare after being hit on his left shoulder by a bouncer during their practice.

Russell was already suffering from niggles ahead of their last match against Chennai Super Kings and had failed to fire for the first time, exposing KKR's over-reliance on the West Indies big hitter.

Russell had left the Royal Challengers in shambles in their first leg exchange, smashing seven sixes en route to his 13-ball 48 not out as KKR had chased down a huge 206. It remains to be seen if the Jamaican recovers in time. His absence would be a big void for KKR, who are looking to return to winning ways and reignite their campaign.

RCB's star duo of Kohli and AB de Villiers have been in sublime form but the team has not clicked as a whole with their pace bowling being a major letdown.

With South African veteran pacer Dale Steyn ready to take charge as an injury replacement for Nathan Coulter-Nile midway into the IPL, the pace section will hope to get their sting back.