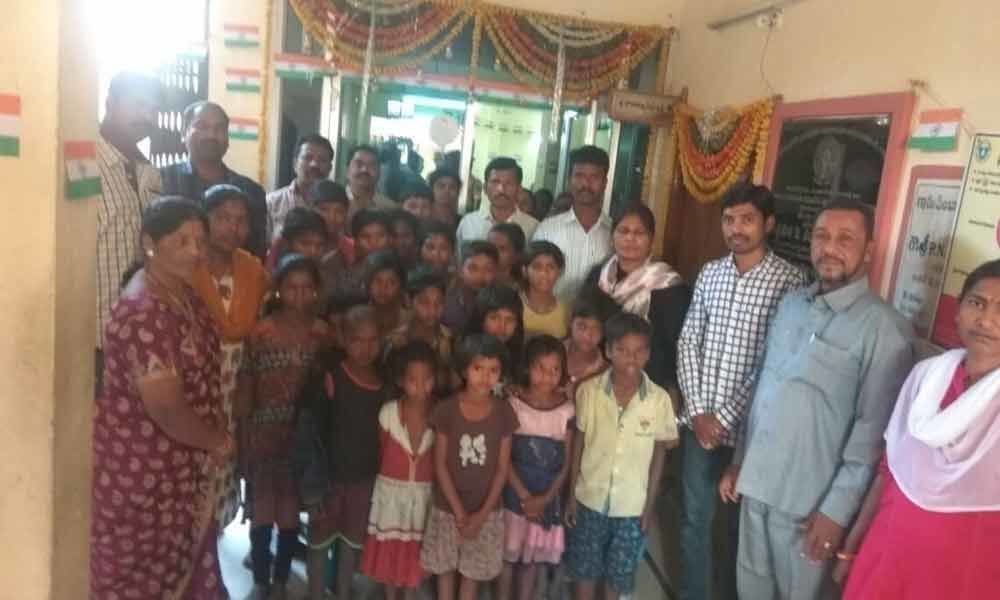 Hyderabad: Cyberabad Police Commissioner V C Sajjanar on Saturday said that so far 91children including 30 girls were rescued in the city under Operati...

Hyderabad: Cyberabad Police Commissioner V C Sajjanar on Saturday said that so far 91children including 30 girls were rescued in the city under Operation Smile-V. Of these 81 children have been admitted in rescue homes while 10 have been handed over to their parents.

According to Cyberabad Police Commissioner V C Sajjanar, Operation Smile Teams of Cyberabad during the month of February and March rescued a total of 91 (61 boys, 30 girls) children from rag picking, child labour and begging. Wherein 81children (51 boys, 30 girls) were sent to Shelter Homes and 10 children (boys) were handed over to their parents.

12 cases were registered on the persons using children for labour.

27 children who were working in two different Bick Kilns under Shamshabad police station were rescued from child labour. And cases have been registered against employers in Shamshabad Police Station.

Commissioner said apart from Operation Smile, Operation Aasra has been launched by Cyberabad police on March 20, 2019 in which destitute people who are above 60 years and found begging for alms and are in a helpless state are being rescued by Cyberabad Aasra Teams and sent for rehabilitation to Anand Ashram run by the Prisons Department of Telangana.

They are provided accommodation, food, recreation and education. Some of them who can work are provided work. So far 21 people have been rescued.