Dowry victim made to run from pillar to post 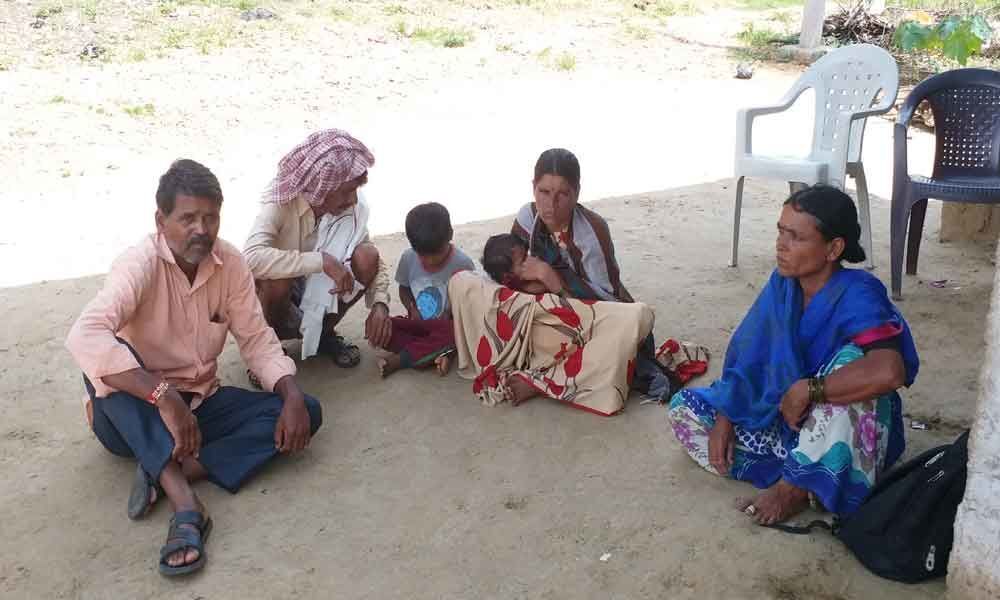 Despite stringent acts, the dowry-related and harassment cases have been continuing unabated. Sometimes victims are sandwiched between their husbands and the law enforcing agencies.

Parigi: Despite stringent acts, the dowry-related and harassment cases have been continuing unabated. Sometimes victims are sandwiched between their husbands and the law enforcing agencies.

In such an incident, a victim of dowry harassment could not file a case against her husband, who threatened her to kill unless additional dowry was paid. The victim, Ambibai of Peerlagutta Thanda was married to Mudavat Ravi of Neelya Naik Thanda six years ago.

The problems started when Ravi returned from Dubai. He along with family members started harassing Ambibai for additional dowry. Ambibai alleged that they took away the gold she had and threw her out of the house with threats of killing her.

She came to her father in helpless condition. Her father said Ravi did not change though the heads of panchayat involved in several times. "We also approached police station four times, but they did not take our complaint. The sub-Inspector is behaving rudely," he lamented. He said they would end their lives if justice was not done for them.