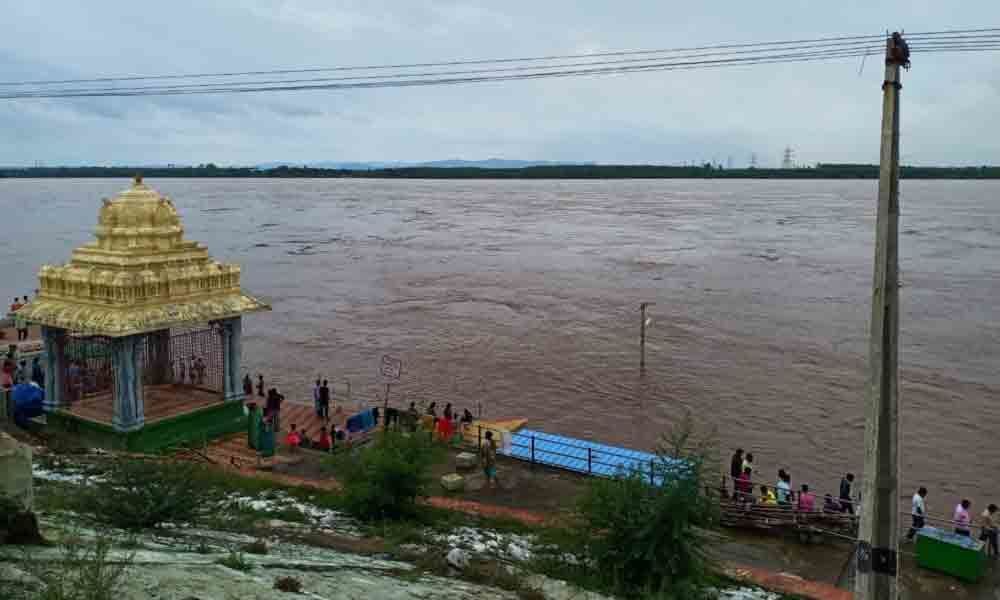 The water level in Godavari river in Bhadrachalam has crossed first warning level of 43 feet again on Monday due to continuous rains in its catchment areas.

Bhadrachalam (Kothagudem): The water level in Godavari river in Bhadrachalam has crossed first warning level of 43 feet again on Monday due to continuous rains in its catchment areas.

The river crossed the first warning level for the first time in the present monsoon season on Saturday. According to the officials of Central Water Commission (CWC), the water level in Bhadrachalam on Monday at 8 am was at 41.7 feet and it was marked at 43.1 feet at 7 pm.

District Collector Rajat Kumar Saini who issued first warning asked people on the banks of the river to be alert. He directed the Tahsildars and sectorial officers to not to leave their place of work.

Electric water pumps have been employed at Vista Complex to pump out flood waters to avoid inundation of Bhadrachalam town. Two persons in each village have been engaged to keep the officials informed about flood situation in their villages, he said.

He also directed the officials to assess and submit a report on loss caused by recent rains and due to flooding of villages by Godavari waters and other streams. Sanitation works must be taken up to prevent spread of diseases, he noted.