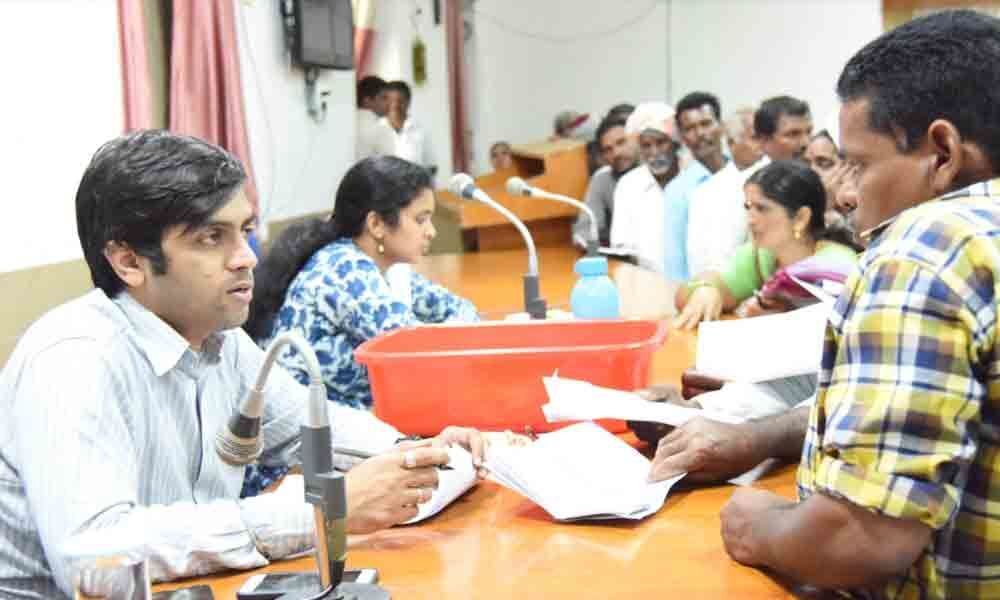 On Monday, he attended the Grievance Day programme with department heads at the Collectorate and interacted with the people and sought to know about their issues.

As the majority of pleas accepted were pertaining to land issues, the Joint Collector suggested the officials to visit fields and examine the land issues.

He also informed the people that works of double bedroom houses were going on at brisk pace and would be handed over to beneficiaries once they were complete.