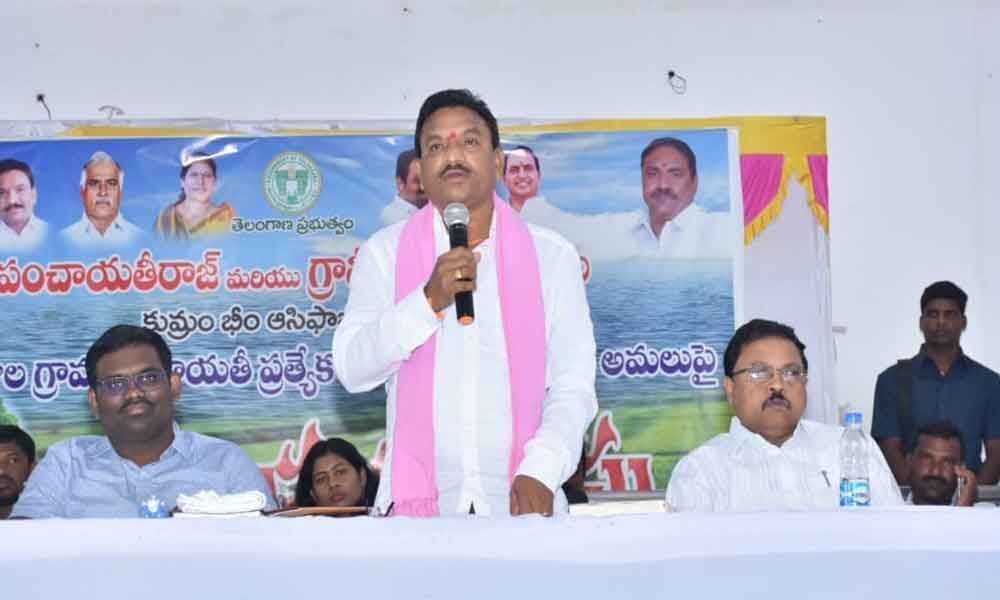 Zillla Parishad chief Kova Laxmi instructed the officials to make the action plan successful with the participation of the people to turn the villages as model village.

Asifabad: Zillla Parishad chief Kova Laxmi instructed the officials to make the action plan successful with the participation of the people to turn the villages as model village. She attended an awareness programme on 30-day action plan on model villages with panchayat raj officials and public representatives at Vaddaypalli Gardens in Asifabad on Wednesday.

Laxmi said that the State government has designed a comprehensive rural system to bring a change in the new Panchayat Raj Law, to provide authority, duties and funds. She wanted the authorities and public representative to work with coordination to make the action plan successful.

District Collector Rajiv Gandhi Hanumanthu said the 30-day action plan will start from September 6 to maintain cleanliness and greenery and five-year action plan will be prepared. He said the public representatives should work with co-ordination with the officials of concerned departments to make it successful. He informed that the message of Chief Minister K Chandrashekar Rao will be conveyed to the public at gram sabha on the day.

On the second day, second co-option members will be selected; standing committee members will be elected. The relatives of sarpanch will not be appointed in this. He instructed to appoint retired employees, senior citizens and union president as the members.

According to this, annual plan should be prepared and one day in the 30-day plan will be allotted for women. The Collector told the officials to ensure that all the saplings planted under Haritha Haram drive will be protected.

Asifabad MLA Atram Sakku called upon the people to develop their villages on their own and to maintain cleanliness to make them as model villages. Joint Collector Rambabu, trainee Collector Hemanth, DPO Gangadhar Goud, RDO Sidam Dattu, ZPTC A Nageshwar Rao, CEO Venu and others were present.