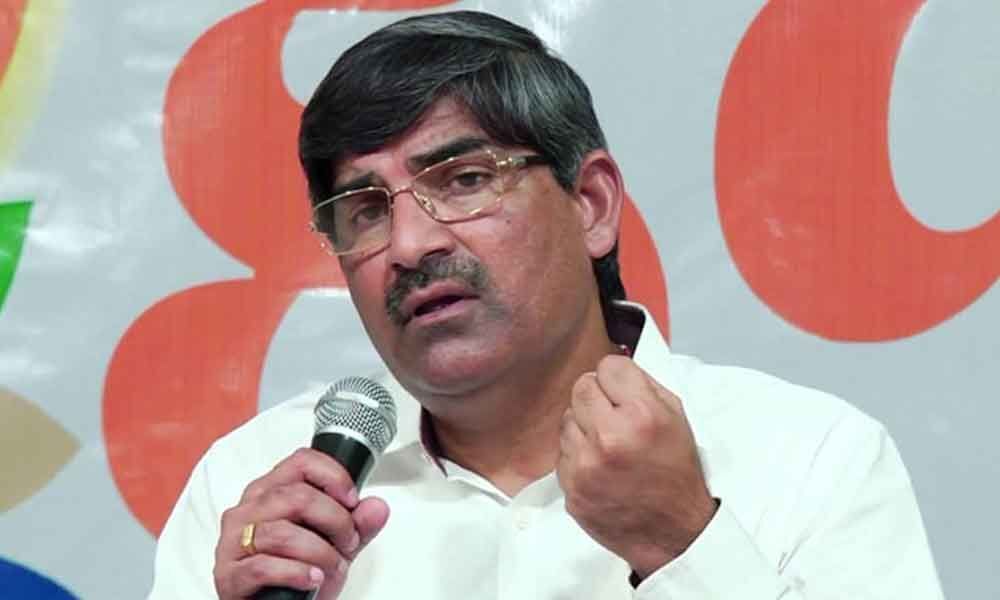 Yanamala expressed anger over Chief Secretary questioning regarding the fund's release to the welfare schemes which related to the poor people of the state.

Speaking to media, Yanamala raises objections over CS statement that for some welfare schemes there are no funds in the Budget.

He said sufficient funds have been allocated for Annadata Sukhibhava, Pasupu Kumkuma, Pensions, farmers investment support scheme in the budget.

For Annadata Sukhibhava scheme Rs 5000 crore and for Chandranna Pasupu Kumkuma Rs 4000 crore has been allocated in the budget. Regarding the pension allocations, it is clearly explained in the budget.

Yanamala remembers that on this issue they have also given clarity to the court. He said the CS conducting the review on those schemes is not correct.

In the meeting mainly they have discussed on the arrangements of the counting on 23 May. AP CEO Gopalakrishna Dwivedi, Principal Secretary home department Anuradha, DGP RP Thakur, and other officials were present. From districts, Collectors and SPs have attended the meeting through the video conferences.

The officials have reviewed the security arrangements at strong rooms, and over the poll counting process.

On the other side, the TDP leaders are protesting over CS Subramanyam review meeting. There are questioning how CS can conduct review meeting during the election code.

Regarding the counting process, the review has to be conducted only by the EC representative, CEO Dwivedi, but the Chief Secretary is nowhere concern with the election process, then how can he conduct the meeting, the TDP leaders are questioning.