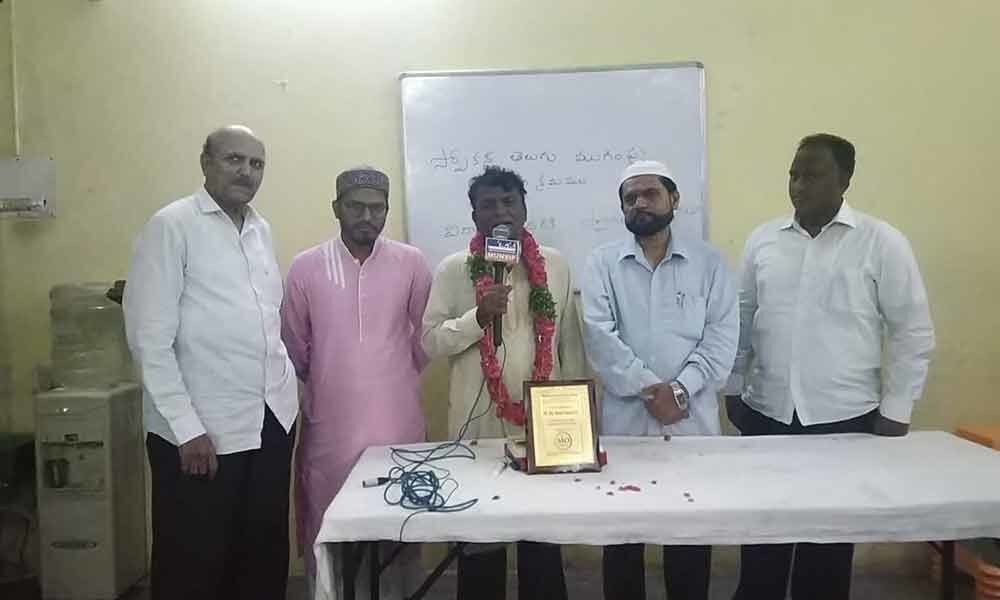 Some of the residents of Old city most of whom failed have resources to learn the Telugu in their schooling, tried their hand at a one-month free course offered by voluntary organization and are now happy that they can speak the language without hesitation.

Charminar: Some of the residents of Old city most of whom failed have resources to learn the Telugu in their schooling, tried their hand at a one-month free course offered by voluntary organization and are now happy that they can speak the language without hesitation.

According to the organizers, the JIH (Jamaat-e-Islami Hind), Khilwat Unit which conducted month-long 'spoken Telugu' classes for the first time, most of the participants who could not speak the regional language, after attending a month of classes they were able to speak the language. The classes were attended by young and senior citizens, from students of professional courses to businessmen learned how to speak Telugu during the course. Within 30-days most of them were able to speak fluently the major used language of the State and appeared satisfied on the concluding day celebrations which were observed on Saturday.

The faculty and Telugu pandit, Abdul Samad (famous as Samad sir) gave the basic knowledge and insights into technical aspects of Telugu to the students, most of those residing near Khilwat and Charminar areas.

How the idea materialized

After it was identified that the residents near Charminar were weak and were not able to speak or understand Telugu properly, which also remains mother tongue of the language spoke by majority in the State. The Khilwat Unit's JIH president, Yousuf Ali Khan who was worried about the disadvantage gave green signal to the idea after deliberations. The discussions went on over learning the language and its advantages, as any language does not belong to caste or religion and remains devoid of any of these differences. Hence it was decided that the regional language must be known to all the Muslims and the idea materialized. The first attempt of this 'spoken Telugu' concluded on a grand note, where most of the participants were able to speak. In the first phase about 25 participants took part and learned the language. "It is high time that those residing in the Charminar and surrounding area should learn the language and I hope that everyone makes effort to learn it," he said.

He vowed to generate awareness amongst the members of Muslim community that everyone learns the language and this training has set an example, how it was easy. He said that this would attain a campaign mode in the future to ensure that maximum number of Muslims learn the language.