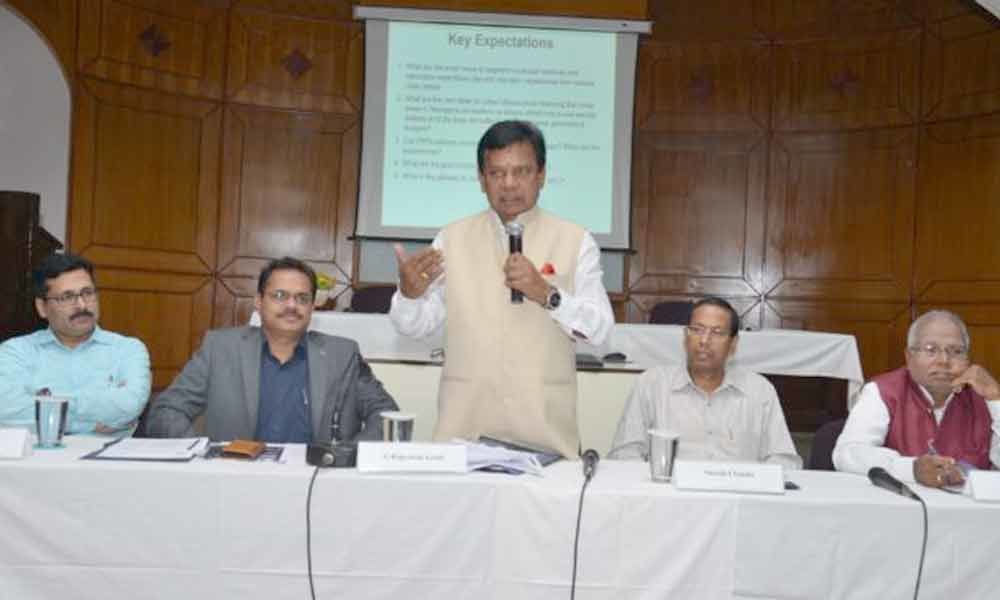 The estimated additional financial requirement of 73 urban local bodies, including Greater Hyderabad Municipal Corporation, in the State is estimated at Rs 40,720 crore over five years

Hyderabad: The estimated additional financial requirement of 73 urban local bodies, including Greater Hyderabad Municipal Corporation, in the State is estimated at Rs 40,720 crore over five years, as per the key findings of a study by the Administrative Staff College of India (ASCI).

This includes Operations and Management expenditure for three years, it said.

The Telangana State Finance Commission had appointed ASCI to undertake the study on Municipal Finances and Service Delivery in the Urban Local Bodies (ULBs) of Telangana.

The ASCI's mandate is to decipher the financial performance of ULBs and service delivery situation in cities and towns and suggest recommendations to the SFC in terms of devolutions of funds to ULBs and to suggest reforms to improve service delivery and finances of the ULBs.

As per the findings, the financial situation of ULBs is weak and they are barely able to cover the cost of administration and Operations and Management (O&M) expenditure.

The capital investment requirement to address infrastructure needs cannot be financed with modest revenue surplus being generated by ULBs, it said.

It suggested that ULBs, especially GHMC, increase O & M expenditure to improve quality of infrastructure such as roads, parks and footpaths.

These could include coverage and collection efficiency improvement of property tax, vacant land tax and other non-tax revenues, land monetisation measures, promoting PPP for amenable municipal infrastructure areas and increase share of assigned revenues from state to ULBs.

Increasing grant funding from SFC, strengthening property Tax Board, integrated spatial data management system and promoting citizen engagement in municipal management, were among the other reforms suggested by Hyderabad- based ASCI.

SFC's Member Secretary Suresh Chanda said SFC will submit a report to the government before January on the funds required by the local bodies and the share of state taxes to be apportioned to the urban and rural local bodies.

The SFC had engaged ASCI and the Centre for Economic and Social Studies to give reports and recommendations on strengthening ULBs and RLBs respectively.

be transferred to ULBs and RLBs," he said.

"Our mandate has been to study the finances of the state government, ULBs and RLBs and suggest how much state tax revenue should be transferred to the local bodies.