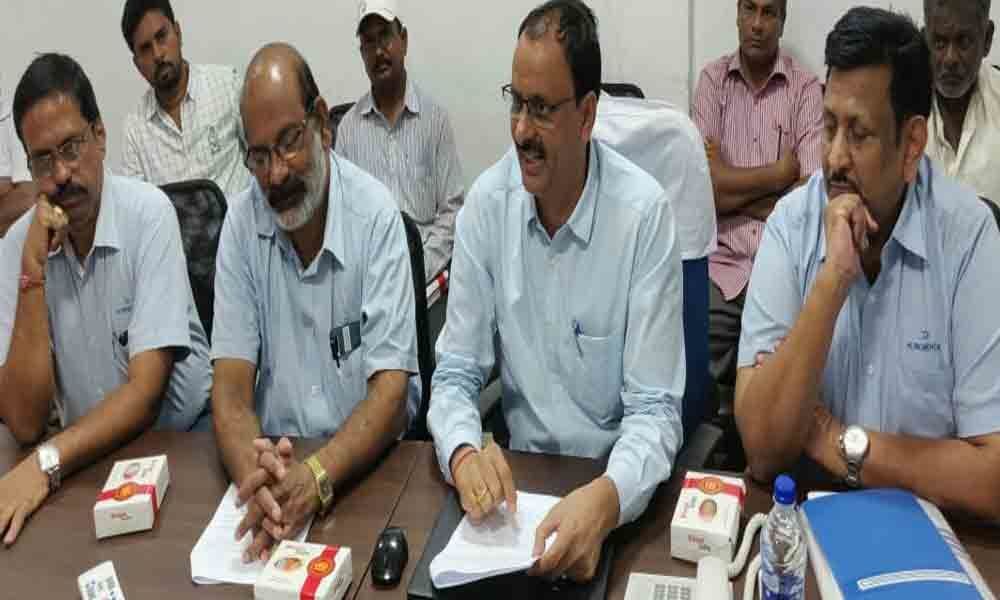 The representatives of Aurobindo Pharmaceuticals Ltd management on Wednesday said that the management is committed to the welfare of workers.

Srikakulam: The representatives of Aurobindo Pharmaceuticals Ltd management on Wednesday said that the management is committed to the welfare of workers. Speaking to media at the company premises, they said that in total 3,000 workers were working in the company on contract basis and they were entering into agreement with management through various employment contracting agencies. Between the years 2012-15, we have entered into agreement with workers through contracting agencies and trade union CITU. Later in 2018, another trade union Indian Federation of Trade Unions (IFTU) formed in our company. As a result, both unions are trying to prove their domination among workers than resolving the workers issues, they explained. "We have entered into agreement with workers through contracting agencies in 2012, 2015 and 2018. The agreement entered in 2018 will be in force till 31 March 2021," they explained.

"We are providing ESI, PF and paying amount to earned leaves. We are also providing nine days leaves to workers as per rule for all festivals and payment for over time (OT) duties. We are also regularising workers based on their qualification and skills," they said.

They requested the workers not to resort to support any union and the management will take of care of their welfare.