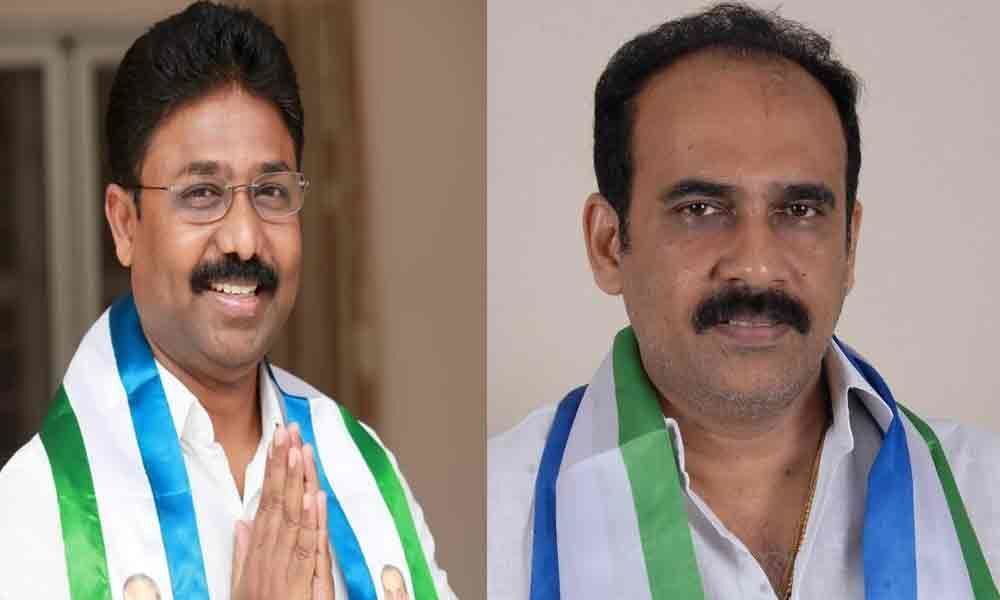 Balineni Srinivasa Reddy is MLA from Ongole in Prakasam district for sixth time. He is relative of YS Rajasekhara Reddy family and entered politics at a young age.

Ongole: Balineni Srinivasa Reddy is MLA from Ongole in Prakasam district for sixth time. He is relative of YS Rajasekhara Reddy family and entered politics at a young age. He served as district youth Congress president and got elected as MLA for the first time in 1999 on Congress ticket.

After electing again in 2004, he became a minister in YS Rajasekhar Reddy's cabinet and continued for the second term in office after winning again in 2009. He resigned to his seat and Congress in 2012 and won again in the byelections after joining YSRCP. He lost in 2014 but won the confidence of Ongole people again in 2019.

Srinivas Reddy worked as the minister for mines and minister for handlooms and textiles, spinning mills, small scale industries between 2004 and 2012 in Rajasekhara Reddy and Rosaiah cabinets. Now, the president of Ongole parliamentary constituency in the YSR Congress party, he has also worked as the party chief whip and Prakasam district president also.

Srinivasa Reddy's wife Sachi Devi is the sister of former Ongole MP YV Subba Reddy. The couple has a son Praneeth Reddy, who has interests in politics and building his network as a youth leader.

He is selected into Indian Railway Accounts Service, through Civil Services exam in 1989 and held various positions in financial budgeting, accounting, divisional administration in Secunderabad, Hyderabad, Bengaluru and Guntakal. Having political aspirations, he took voluntary retirement as Deputy Financial Advisor to Ministry of Railways in 2009.

A loyal follower of YS Rajasekhar Reddy, Suresh joined Congress in 2009 and got elected from Yerragondapalem. After the demise of Rajasekhar Reddy, he joined YSR Congress Party and worked for strengthening of party being obedient to YS Jaganmohan Reddy. He held various positions in the party like an official spokesperson, a member in political affairs committee and manifesto drafting committee etc.